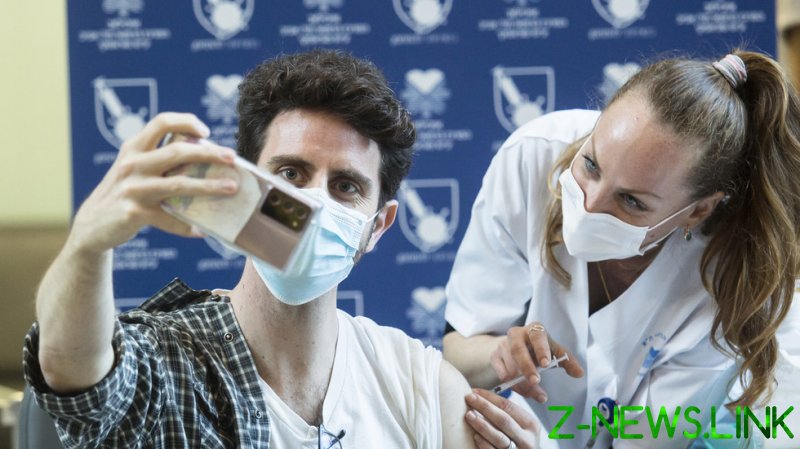 The ministry says the team was set up following reports of cases of heart inflammation, known as myocarditis, among males aged 16 to 30 shortly after the second dose of the Pfizer vaccine was administered. The link was found to be stronger in people aged 16-19 relative to other age groups, and weakens as the age of the recipients increases. Most patients who experienced the problem spent up to four days in the hospital, and 95% of the cases were classified as mild, according to the ministry.

The Health Ministry commissioned the study after 275 cases of myocarditis were reported in Israel between December 2020 and May 2021. Nearly 150 cases were recorded after the vaccine was administered. The number of cases reported after the second shot was four times greater than those recorded after the first, the ministry said.

Myocarditis is a condition characterized by chest pain, shortness of breath, or palpitations, and can be caused by Covid-19, according to the ministry.

While the type of vaccine in question is not directly mentioned in the statement, Israel relies almost exclusively on the Pfizer-BioNTech vaccine, and it’s the only product mentioned on the vaccination information page of the Health Ministry website.

Pfizer said in a statement cited by Reuters that it has not recorded a higher rate of myocarditis than would normally be expected in the general population. The pharma giant added that it was aware of the Israeli observations of myocarditis but has not established a causal link to its vaccine.

The Israeli Health Ministry says that given the findings, it will review the 12-15-year-old population’s eligibility for the vaccine. The shot was recently approved in the EU for people aged 12 and older.

Israel has been a leader in the world’s vaccination effort, having already inoculated 55% of its population of 9 million. It has now removed social distancing restrictions and the vaccination passes that were required in order to enter certain venues.

Last week, the US Centers for Disease Control and Prevention reported that since April 2021, there has been an increase in cases of inflammation of the heart – myocarditis and pericarditis – occurring after mRNA Covid-19 vaccination (Pfizer-BioNTech and Moderna) in the US.

It recommended further study of the potential link between the heart conditions and mRNA vaccines, such as those of Pfizer and Moderna, but reiterated that it still recommends the vaccines for patients aged 12 and older.

Last month, three cases of a rare disorder affecting the blood’s ability to clot – hemophilia – were reported among recipients of the Pfizer-BioNTech Covid-19 vaccine in France. The country’s health authorities are investigating the matter.