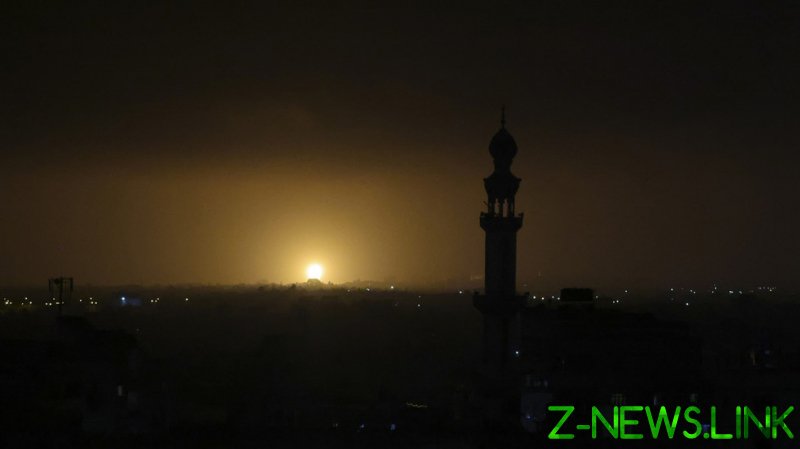 Israel Defense Forces (IDF) have struck Hamas targets in Gaza Strip early on Tuesday, claiming it the move was in retaliation for the first rocket fired at Israel from the Palestinian enclave in almost four months.

Several targets, including a weapons manufacturing site, were hit by Israeli warplanes, according to the IDF. The media in Gaza reported that the bombings took place west of the city of Khan Younis in the southern part of the enclave, causing no injuries or fatalities.

A Hamas spokesman said on Twitter that “some empty sites” were struck. He also praised the group’s members, saying they employed surface-to-air missiles against Israeli jets for the first time.

The IDF later acknowledged that Hamas fired anti-aircraft weapons at one of its planes, but didn’t harm it. 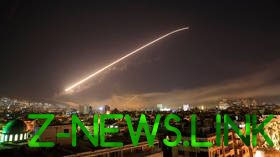 The Israeli forces said they acted in response to a rocket fired from Gaza at Israeli territory late on Monday. It was intercepted by the country’s Iron Dome missile defense system.

Hamas insisted that it wasn’t responsible for the attack, which also hadn’t been claimed by any other radical groups operating in the region. But the IDF pointed out that it “considers Hamas responsible for what unfolds in the Gaza Strip” due to it de facto being the governing authority in the enclave. 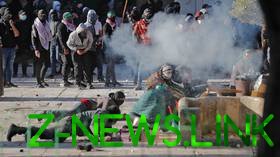 Monday’s incident saw a rocket fired at Israel from Gaza for the first time since January 1.It came following several days of violent clashes at the Temple Mount complex (as referred by Jews) or Al-Aqsa compound (as referred by Palestinians), and a series of terrorist attacks in Israel in recent weeks.

Temple Mount is considered the holiest site in Judaism, while the Al-Aqsa Mosque in the southern part of the complex is the third holiest site in Islam. The compound is in east Jerusalem, which has been occupied by Israel since 1967, with the Jewish state responsible for security there.

Last year, a flare up at the SITE provoked the worst conflict between Israel and Hamas in almost a decade. The 11-day exchange of fire between the sides in May, according to the UN, resulted in the killing of more than 250 people in Gaza, including 66 children, and 13 people in Israel, with two children among them.