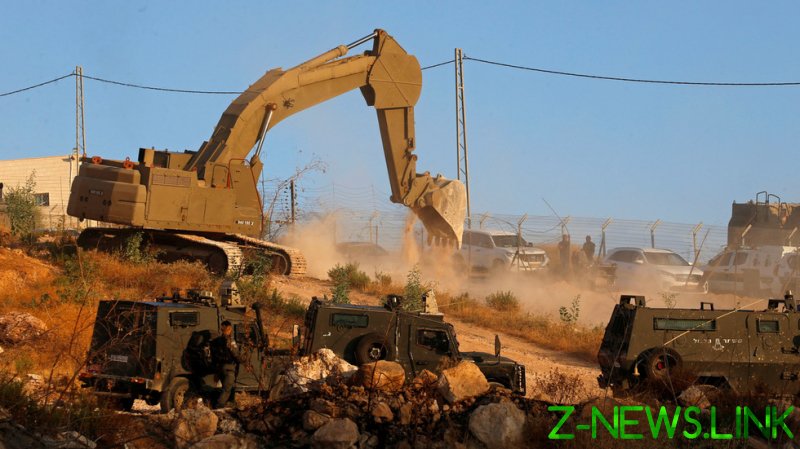 The demolition of homes, which Israel says were built without proper permits, have been conducted in an “unprecedented manner” in the past month, Palestinian rights group, Wadi Hilweh Information Center, said in a fresh report.

The authorities have been acting in this way despite a difficult situation with coronavirus in Israel and particularly in Jerusalem, which is claimed as the capital by both Israelis and Palestinians.

Earlier this week, Israeli TV reported that the country had the highest rate of infections in the world per capita. According to data from Johns Hopkins University, which the journalists analyzed, it averaged 199.3 new confirmed cases a day per million residents.

Most of the destroyed structures were inhabited housing units. A total of 36 homes, five commercial establishments, seven agricultural shacks and other facilities were removed in the city, the rights group said.

More than a half of the demolitions were carried out by Palestinian owners themselves “under pressure from the municipality,” while the rest were knocked by Israeli bulldozers and other heavy machinery.

A 2017 law introduced harsh sanctions for building illegal structures in the city, stating that perpetrators could be charged not only for the demolition, but for the construction itself.

In late August, Israeli NGO, Ir Amim, said that 89 Palestinian homes had been destroyed in East Jerusalem since the start of the year, compared to 109 through all of 2019.

The municipality earlier told the Times of Israel that “demolition orders are carried out in an equitable manner and in accordance with court rulings.”

Human rights activists insist that Palestinians, who make up 38 percent of Jerusalem’s population, are being discriminated against as the system created by the city authorities makes it almost impossible for them to obtain a permit, and leaves them with no choice but to resort to illegal construction.