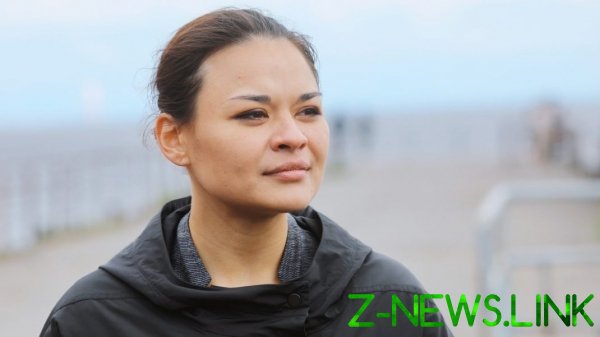 Expenses of the Fund “Island FORTS”, which is supervised by the daughter of defense Minister Sergei Shoigu, Ksenia, for 2019 totaled 113.6 million rubles. This is stated in the published on the website of the Ministry of justice statements of the Fund, drew attention to the “Open media”. “Island FORTS” is engaged in the development of tourism in Kronstadt, Ksenia Shoigu, the organization takes a post of the Chairman of the investment Committee. The port has become “the largest island-Museum in the world dedicated to the history of the Navy: the great battles, eminent commander, unique ships, with the opportunity to immerse themselves in the atmosphere of the place and time,” reads the website of the project. Non-profit organization “Island FORTS” was registered in Ministry of justice on 13 may 2019, so in the reporting are reflected costs in less than seven months of its existence. This implies that the monthly expenses of the Fund for this period averaged 16 million rubles. Since its founding, the organization has spent 112.6 million rubles, received from the Russian organisations and citizens of Russia, the document says. 53 million of these Fund spent on “acquisition of fixed assets and other property,” even to 37.8 million rubles — for the maintenance of the organization. In the expenditures on acquisition of fixed assets, included in particular the costs of development concepts and feasibility studies on facilities that are to be placed in the cluster, said the “Open media” representative of the “Island FORTS”. In the same column costs were included in the “tubing hill” set for free use by Kronstadt and guests on the Central square of Kronstadt. Only more than 21 million rubles, or slightly less than 20% of all its expenses, the Fund directed at “targeted interventions”. “In 2019, there have been a number of activities in the framework of the statutory activities — including a contest of children’s essays and drawings “I love the Kronstadt”, congratulation of veterans and honorary citizens of Kronstadt happy New year, free Christmas trees with gifts for the socially vulnerable categories of the population, the performance of a musical group on new year’s night on the Anchor square and much more” — lists the representative of the “Island FORTS”. Another 1 million rubles received by the organization from the Federal budget was spent on staff salaries, it follows from the statements. Founders Fund in may of 2019 made by the defense Ministry and the government of St. Petersburg. Ksenia Shoigu is the main public face of the project, presenting it at official events. In June of 2019 it Ksenia Shoigu presented the project at the SPIEF. CEO of the “Island FORTS” is a native of structures “Gazprom” Vyacheslav Krylov. In late February 2020, Prime Minister Mikhail Mishustin signed a decree on the allocation of 4.5 billion rubles for the reconstruction of the two FORTS of Kronstadt, which will be held by “Island FORTS”. According to documents on the portal of legal information, of which 2.2 billion will go to repair the Fort “Peter I”, another 2.3 billion roubles, on “Kronshlot”.