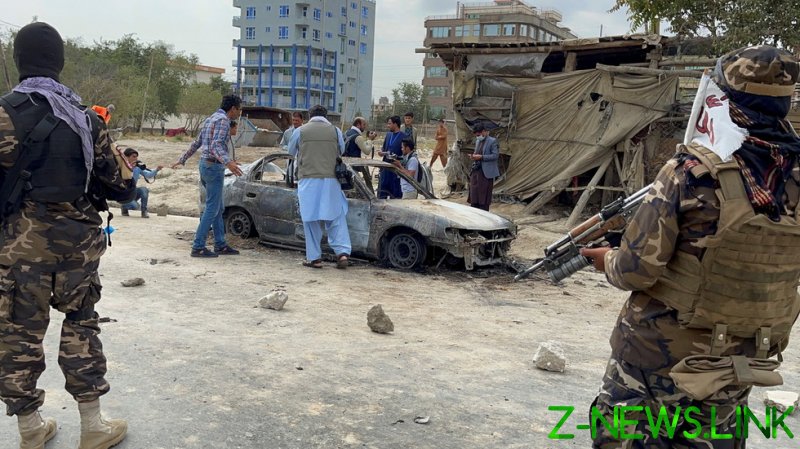 Kabul’s international airport came under rocket attack on Monday morning, with Islamic State (IS, formerly ISIS) claiming responsibility for it later in the day.

The terrorist group said it launched six unguided rockets at the airport, without elaborating whether it actually scored any hits. According to media reports citing US officials, at least five of the projectiles were intercepted by the facility’s air defenses.

The White House issued a brief statement on the incident, with Press Secretary Jen Psaki saying President Joe Biden has been briefed on the attack. The incident has not hindered operations at the airport, Psaki added.

The rockets were reportedly launched at the airport from a car in the northwestern Kabul neighborhood of Khair Khana. Footage circulating online shows the vehicle ablaze shortly after the attack. It was not immediately clear how exactly the car was destroyed.

The new attack came just a day after the US military targeted a vehicle allegedly used by would-be suicide bombers from local IS offshoot Islamic State Khorasan (ISIS-K) group. The strike also reportedly killed an entire family of nine. While the US military initially said the strike had not killed any civilians, it later admitted that “additional casualties” might have been caused by secondary explosions after the bombers’ vehicle was hit.

The eliminated ISIS-K terrorists were allegedly seeking to target the Kabul airport, which came under a major suicide bomb attack last Thursday. More than 150 people, including 13 US servicemen, were killed in the attack, while dozens were left injured.