Home / WORLD / ‘Islam doesn’t allow them to be seen like this’: Taliban official says ‘not necessary’ for Afghan women to play sports

‘Islam doesn’t allow them to be seen like this’: Taliban official says ‘not necessary’ for Afghan women to play sports 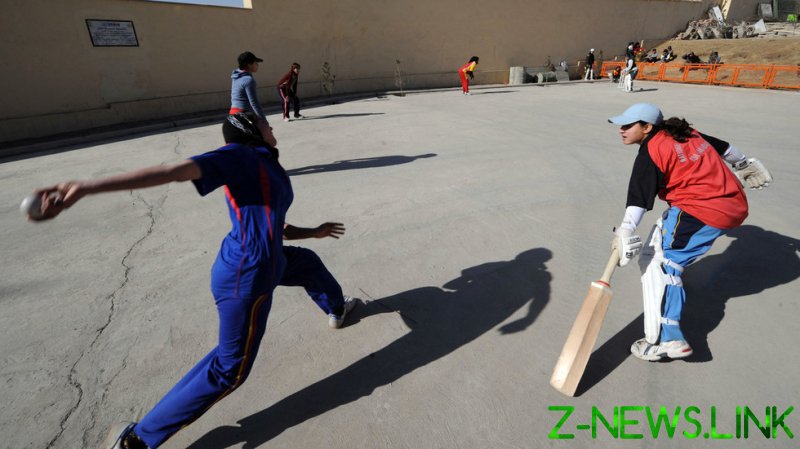 Speaking to Australian broadcaster SBS, Ahmadullah Wasiq suggested that it would be inappropriate for women to take part in sporting activities under the new Taliban government in place following the fall of Kabul on August 15.

Wasiq stated that the women’s cricket team will not be “allowed” in a ban which is expected to extend towards all women’s sports.

“I don’t think women will be allowed to play cricket because it is not necessary that women should play cricket,” Wasiq said.

“In cricket, they might face a situation where their face and body will not be covered. Islam does not allow women to be seen like this.

“It is the media era, and there will be photos and videos, and then people watch it. Islam and the Islamic Emirate [Afghanistan] do not allow women to play cricket or play the kind of sports where they get exposed.”

The dictum from the Taliban leadership appears to contradict prior statements made by the group following the offensive last month which saw them seize control of the country in which they stated that women’s rights would be secured in the country under their rule.

However, an interim Taliban government which began work on Wednesday contains figures thought to be loyalist hardliners – with not a single woman among them in spite of promises from the group to form an inclusive administration.

Cricket is by a distance the most popular sport in Afghanistan and has significant support within the country, regularly being featured on domestic television and among the most participated-in activities in the region.

Last November, the Afghanistan Cricket Board awarded 25 female players with central contracts as they sought to form a team to compete in International Cricket Council (ICC) tournaments – and in April of this year the ICC gave permanent test and one day international (ODI) status to women’s teams in Afghanistan.

The EU, meanwhile, has railed against the Taliban leadership, criticizing them for the lack of inclusion apparent in their early moves in power.

“Upon initial analysis of the names announced (in the Taliban government), it does not look like the inclusive and representative formation in terms of the rich ethnic and religious diversity of Afghanistan we hoped to see and that the Taliban were promising over the past weeks,” they said in a statement.

These calls are now likely to grow louder amid the newly-announced stance on women’s sports.

The Afghanistan cricket board say that they have not yet been informed of any policy changes related to women’s cricket – but the program for female players is currently suspended.

Dozens of sportswomen, including cricketers are either in hiding in the country or have fled altogether in the weeks since the Taliban takeover.

Last month it was reported that a plane carrying 75 female football players, officials and relatives had left the country for Australia after the country opened its doors in response to calls from athlete advocates and human rights lawyers.