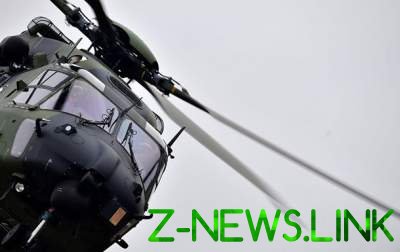 In Russia they say that the helicopter just broke.

The militants of the terrorist organization Islamic state have shot down a Russian helicopter near the Syrian town of Sheikh Hilal, Hama province. About this in his Twitter informed the correspondent of the German newspaper Bild björn Stritzel.

“Hama, ISIL claims it has shot down a Russian helicopter near the Sheikh Hilal”, – he wrote.

At the same time in the defense Ministry claim that Russian military Mi-28 helicopter made an emergency landing, RIA Novosti reported.

“The sixth of July in the province of Hama when performing tasks in support of the Mi-8 helicopter with soldiers of the Russian Center for reconciliation of the warring parties made an emergency landing due to technical malfunction of the helicopter Mi-28” — said the defense Ministry.

It is noted that the crew members of the helicopter were not injured and were quickly taken to a search and rescue service for the airfield, their life and health threatens nothing.

“According to the report of the crew and after inspecting the machine, the impact of fire on the helicopter was not”, — stated in the message.