Home / WORLD / ISIS-K is taking over Afghanistan. The US is to blame

ISIS-K is taking over Afghanistan. The US is to blame 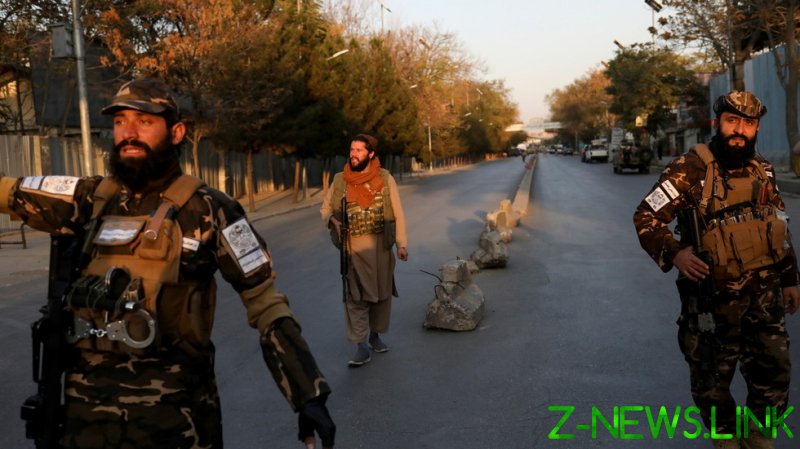 A recent spate of suicide attacks, including Tuesday’s brazen daytime assault on a military hospital in downtown Kabul that left at least 25 people dead, has underscored the reality that Afghanistan today has an Islamist terrorist problem. The irony is that, while the US has long labeled the current rulers of Afghanistan, the Taliban, as a terrorist organization, the latest acts of terror are being perpetrated by a group, Islamic State-Khorasan (ISIS-K), that has been fighting both the US and Taliban for the better part of seven years.

The failure to defeat ISIS-K, an affiliate of Islamic State (IS, formerly ISIS), in the years since it was founded in 2014 can be laid squarely at the feet of the US, which had overwhelming military capabilities assembled in the region, yet lacked a coherent strategy for Afghanistan around which to build an effective plan for using this power. Moreover, the US continues to demonstrate an abject lack of understanding about current realities in Afghanistan, eschewing support to the Taliban out of spite and, in the process, further empowering the forces of ISIS-K.

Whether ISIS-K will be able to replicate the successes of IS in Syria and Iraq of 2014-15 in either Afghanistan or Pakistan is yet to be seen. The original focus of effort for ISIS-K was Pakistan. Indeed, the first emir of ISIS-K was a Pakistani national named Hafiz Saeed Khan.Khan was a veteran commander of the Tehrik-i-Taliban Pakistan (TTP), an alliance of Islamic militant groups formed in 2007 to oppose the Pakistani military in the Federally Administered Tribal Areas and neighboring Khyber Pakhtunkhwa Province. In October 2014, Khan was joined by other TTP leaders when he pledged allegiance to Abu Bakr al-Baghdadi, the leader of IS until his death in 2019.

While the leadership of ISIS-K remains fixed on achieving its goals in Pakistan (“Our first target is to destroy Pakistan because the main reason for everything in Afghanistan is Pakistan,” a senior ISIS-K commander recently declared), its stated objective is the implementation of what it calls “genuine Sharia law” in both Pakistan and Afghanistan. While elements of ISIS-K’s leadership may, in fact, believe in this mission statement, the reality is that many of the ISIS-K rank and file are drawn from both the TTP and the Taliban – two organizations steeped in the concepts of governance according to the original teachings of the Prophet Mohammed.

The motivation for their jumping ship appears to be less about any genuine theological dispute over religious purity and more about traditional political disagreement over power-sharing and prestige. ISIS-K has become a magnet for those elements within the Taliban and TTP who have a grudge to bear, or feel slighted. These political realists are using the ISIS-K moniker as a vehicle for advancing their own political agenda, in the same way the surviving Ba’athist leadership in Iraq flocked to the cause of IS in 2014-15, when the fighting spread to the former Ba’athist strongholds of Mosul, Anbar, and Tikrit.

As was the case in Syria and Iraq, many of the frontline fighters serving with ISIS-K in Afghanistan reportedly hail from China, Pakistan, Russia, Tajikistan, and Uzbekistan, and are sent to training camps in Afghanistan’s eastern Nangarhar province. As with the IS fighters recruited to do battle in Syria and Iraq, these foreigners do not appear to be religious scholars, but rather disaffected young men who view a warrior’s death in battle as preferable to a life of poverty, despair, or oppression.

Taking a page from the Ba’athist book of political opportunism, many former members of the Afghan security service, including some trained by the CIA and other foreign intelligence organizations, have joined ISIS-K in the ultimate expression of political survival. These men were solely focused on the job of killing and disrupting the Taliban, their loyalty being to the foreign forces that paid them as opposed to the Afghan government.

Reviled by the Taliban for their work, these former assassins flocked to Kabul Airport in August to save their lives by catching a ride on US military transport. While hundreds of these foreign-trained killers did manage to flee Afghanistan, some with their families, many thousands did not, and are currently being hunted down by a vengeful Taliban, whose offer of amnesty does not extend to those who murdered them and their families in the middle of the night.

Abandoned by their erstwhile US and foreign allies, and facing certain death at the hands of the Taliban, these men have taken refuge in the ranks of ISIS-K, where their skills are again being used to hunt down and kill their former foes. What makes these converts of convenience especially lethal goes beyond their inherent will to survive, extending as it does to their insider’s knowledge of Afghanistan and the security arrangements inherited by the Taliban from the former government of Afghanistan these commandos used to run. While it is not known at this time, the probability that ISIS-K employed someone with insider knowledge to penetrate the security of the Kabul hospital to carry out this week’s atrocity is quite high.

US intelligence claims that ISIS-K will be prepared to attack Western countries and their allies in as little as six months lack any foundation in fact, appearing instead to be derived from the fear that comes from no longer having an adequate intelligence-collection capability targeting the Afghan problem. The fact remains that ISIS-K has gone from an organization of some 600 to 800 fighters located in eastern Afghanistan in 2017 to a force of several thousand operating in several provinces and capable of launching attacks, seemingly at will, in major Afghan cities, including the capital.

Moreover, the longer the Taliban take to consolidate effective governance over the country, the stronger ISIS-K is likely to become. According to a former Afghan intelligence officer, ISIS-K will exploit the poverty and chaos that has emerged following the precipitous US withdrawal and the subsequent collapse of the government. “I think, after the winter, ISIS-K will appear stronger in different parts of Afghanistan,” the former head of the National Directorate of Security, Rahmatullah Nabil, declared to the press.

The United States, and in particular the administration of President Joe Biden, has only itself to blame for this turn of events. The absolute mismanagement of the American retreat from Afghanistan, coupled with the total lack of a plan on how to manage the reality that America’s former enemy, the Taliban, now governs in Kabul, has left the US promulgating a policy that simultaneously claims to support stability in Afghanistan while actively conspiring to deny the Taliban access to the very resources necessary to engender such stability.

The reality is that not only was the US not able to defeat ISIS-K when it had the military resources in place to do so, but it is now implementing policies that are destined to strengthen, not weaken, ISIS-K’s prospects in Afghanistan, making its predictions of future ISIS-K threats a self-fulfilling prophecy. If one is looking for logic in what passes for American counterterrorism policy in Afghanistan today, one won’t find it here.