Home / economy / Is there life after isolation? 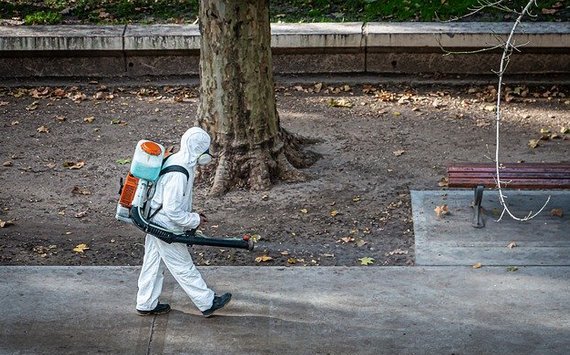 Isolation measures in Russia are gradually removed, organizations are beginning to return to life. We tried to find out how life has changed for 3 months of isolation, both managed to survive different areas of the business and how they evaluate everything that happened in the future.

The theme is not new – reports and broadcasts released many bloggers, promoters, journalists. But we decided to go to extremes in the form of “all bad” or “all good” and just ask people from different sectors a number of specific questions and get specific answers. that will allow you to see some cut in the whole country.

In this article we show the results of several interviews, without lengthy explanations and introductions. The findings suggest that you make yourself.

It was expected that the most problematic sector is trade, as shopping centers are closed, and the collapse in Targoviste fur will be the most noticeable. However, according to the owner of the company “Vyatka Fur” Dmitry Plotnikov, they strongly felt the crisis. “Our business is seasonal, and is divided into two parts: shops and fairs. This period is our end of the season and the income always falls, so any problems we have not seen, because all funds for this period we generated during the winter season,” explained Dmitry.

Predictable hit the revenue of companies that provide services to the population. Here, the center vocal is very significant. In the center of most group sessions is and introductory lessons and training in voice. Because of the ban on any activities related to the gathering of people, the activity is almost stopped, and the income is almost gone. “To pay the rent and pay salaries to employees, had to sell his Mercedes SUV,” said co-founder of the center Valery Grazhdankin.

The services business was affected to a lesser degree. Vladimir Turov said that, despite the financial blow, which got his company as a result of cancellation already paid and scheduled seminars and conferences for business, the reorganization of the work of the staff, by April was able to return income to the level of last year. The main failure happened in March, when I had to return the people money for the cancelled seminars, and the company was engaged in the transfer of employees from the offices on “udalenka”.

However, in the individual disaster for most companies, because as noted philosopher L. Ron Hubbard, “Three of moving worse than a fire.”

In the case of Vladimir Turov to survive the March, his company had to almost completely abandon the personal income for the benefit of employees and saved the company reserves, which was postponed the previous few years for a “rainy day”.

Products for example dairy farm suffered little. As grocery stores have continued to work, and people continued to buy food, special problems with sales were not. Problems caught only in the part concerning the extension of the market and planned expansion in Moscow and other regions. Moreover, according to financial Director at “ECO Farm Dem” Andrew Brytkova, the problem is more caused by human factors, rather than objective problems. “Because of the lack of clear forecasts, the owners of retail chains and wholesalers were not ready to start a new direction or work with new suppliers. And it’s not that they didn’t have the money – just in conditions when nothing is clear, there is a clear desire to reduce any risks and do not create new”.

The agricultural sector do not seem to have noticed himself on the pandemic and related issues. As the production of food much not stopped and it has not been applied rigid restrictive measures.

“Our income we received in the planned amount and continue to receive it, moreover, in these months of quarantine, we exported a decent amount of potatoes abroad” – said the Director for development, OOO “Melagro”, Zoya Sinitsyna. However, she noted that the company has immediately taken all recommended actions from remote work offices and vacation leave for employees of the group risk to the individual protection means and antiseptics.

There is cost to explain, because none of these companies did not lay off employees, retaining staff and protecting them. Only in the company “Vyatka fur” there have been several resignations, most of which were planned in connection with the relocation of employees from the city.

The main difficulties to trade services associated with the lease. That is, in the absence of income and in fact the absence of operation of the premises, not all landlords are willing to meet and even to reduce prices, not to mention the holidays.

In Moscow, the landlord of the center of singing was offered to get 20% off, on which were raised the rent in January 2020. If not for the lifting of the restrictions by July, the room would have to leave, so as to pay almost full rent for 5 months without the possibility of exploitation – at least strange. Not to mention the fact that the rent must have somewhere to find the money.

Shopping centres, which operates “Vyatka fur” are different, and do not want to make concessions, and somewhere we agreed on the 50% discount. As noted previously, the core budget for rent and salaries had already been formed in the season, and while the payment of rent is not a problem.

In respect of assistance from the state, the respondents disagreed. Someone has already received support in the form of direct payments 300 000 rubles. However, if you are payroll more than 3 million rubles per month, this amount does not look significant. The owner of the company “Vyatka fur” Dmitry Plotnikov said that the money from the state has not received and is not particularly hopes for them, but considers it necessary to regulate the relations of landlords with tenants in order to avoid predictable conflicts.

Also all respondents agreed that assistance should be provided uniformly, depending on the losses in a particular business sector, and not selectively, on the confused and confusing criteria. First and foremost is compensation for affected sectors and cheap money to business in the form of soft loans, followed by tax holidays or deductions.

The basic problem of the industry see in the future, when the country will overtake the effect of the downtime of the economy for several months. Due to the fall in purchasing power will decline in sales in all areas and the collapse of income. Now that can lead to the need to dismiss employees and to the abandonment of certain activities and will slow down the development of companies.

However, things are changing rapidly, and forecasts may differ from the actual consequences, which will only be visible by September. We can only hope for the best, and to gradually return to work.

Tags after isolation there