Home / WORLD / Is the US-China rivalry doomed to fall into the Thucydides Trap, meaning that war between them is inevitable? 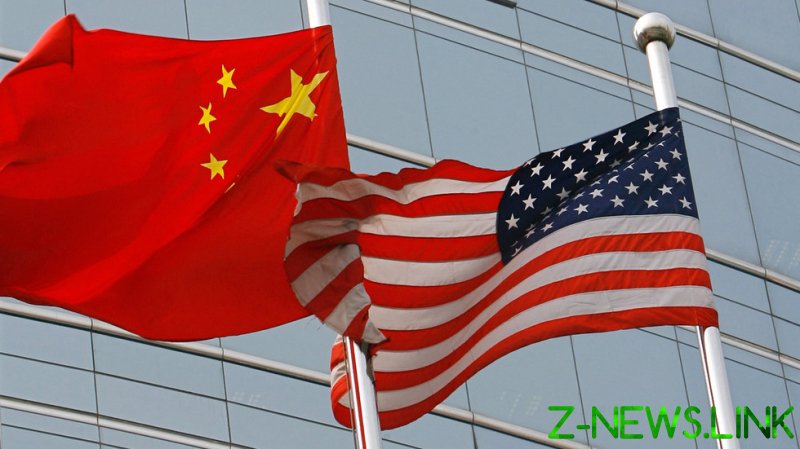 Last week, I covered the development as to why China initially shunned a proposed visit by US Deputy Secretary of State Wendy Sherman to the country. The visit was delayed, but the main points as to why that happened remain and carried over into the subsequent meeting in Tianjin, which mirrored the fiery confrontation that happened in Alaska in March.

In this exchange, China’s deputy foreign minister Xie Feng sternly threw down the law to the US, and his message was clear: China is aggravated by what it perceives as a blatant disrespect for its own interests by a United States who is hell bent on pursuing hegemony and competition against it at all costs.

In the backdrop of all this hostility, Beijing sees Biden’s premise that the US can sometimes “cooperate” with China as shallow and empty rhetoric which does not neutralize or balance the underlying antagonism which Washington vents towards it. Xie proceeded to condemn America for vilifying China as an “imaginary enemy”.

The showdown has led a number of media and political commentators to signify that the relationship between the two countries is locked in a downwards spiral, that the end of Trump was not in fact a game changer, and China is subsequently hardening its resolve, as evidenced by the verbal berating displayed during the meetings.

So where is the US-China relationship heading? And can it be saved? China’s official position is that it is not actually seeking a global rivalry with America, but that Washington is consciously opting for such an antagonistic relationship for a multitude of reasons, which China is forced to respond to.

In some ways, it is a classic example of how “geopolitical competition” has arisen throughout history, as major powers find that their national interests clash and they descend into a vicious cycle of distrust, entrenchment and an inability to compromise.

This phenomenon between an existing power and a rising power is often referred to as the “Thucydides Trap” – a term taken from Ancient Greece which argues such geopolitical competition has a high, although not always inevitable, risk of descending into war. But will that happen in this case?

Certainly, the cycle of confrontation is hotting up, and the rhetoric, at least, is fierce, and for many analysts, the confrontation at Tianjin was confirmation of that, as much as it was in Alaska.

While China argues it is happy to co-exist with the United States, on the other hand its own red lines concerning its economy, its national sovereignty, and ideology now fundamentally clash with the US to a point where a thaw appears to be very difficult to achieve, if not a non-starter in many aspects.

Beijing says it wants to be treated with respect and laid out a number of demands. But when it comes down to the details, fulfilling those would mean enormous compromises in how the US operates its foreign policy interests, and vice versa for anything the US demands of China. Would either side give up, for example, their stake on Taiwan?

Herein lies the problem. This reduced room for compromise means the two sides inevitably become locked in a cycle of mutual responses and hostility, and suspicion that their opponent is pursuing malign intent against them and must be dealt with. We just saw an example of that as before the Sherman meeting, China unleashed a series of counter-sanctions against the US for sanctions over Hong Kong last week. China argues it is responding in kind to America; the US predictably replies this is unacceptable.

Both sides have expectations and requirements of the other which have become domestically and politically unpalatable, on both sides. So it is claimed, the US China relationship is “ossifying”, entrenching and the space to climb down has been substantially reduced. This is precisely what the Trump administration hoped to achieve in its dying days. They did not want Biden to have the political space to roll back on Trump’s assertive foreign policy towards China, and it seems that aggressive stance is now a consensus of US politics. There is no sign that Washington is about to change anytime soon, and it is obvious where the path will go if a Republican goes into the White House in 2024.

So where does that leave foreign policymakers in Beijing? They say they do not want global hegemony and are not aiming to “displace” the US and, in principle, this is technically true, China is not exporting its ideology nor attempting to openly build a world order of its own, as commonly claimed. However, here is the small print: China is compelled to develop a strategy whereby it pursues its national interests in response to what the US is doing.

China may not seek to become the global hegemon, but nonetheless its rise as an increasingly prosperous country is being threatened by the US. Therefore, as Xie Feng said this week, China will push for its interests regardless of what the US wants. So where does that leave us? What’s the answer to the question posed in the Thucydides Trap: is war between the existing superpower and the emerging one inevitable, as it was between Athens and Sparta?

Whilst I believe it remains unlikely that a war will break out between the two sides given the absolutely catastrophic outcome of such an engagement (regardless of who wins), the argument that US-China rivalry is “locked” into a vicious cycle is nonetheless one which is increasingly gaining currency.

The hands of both sides are tied now in a path that, even if they wanted to get out, would require compromises that are non-starters in respect of what they need to do at home. Attempts at dialogue are not working and are descending into shouting matches, which is never a good sign. At the very least, it appears we are in for many years of tense, even bitter, ideological, political, and economic rivalry between the two akin to the Cold War that played out between America and the Soviet Union – but one which will have a very different outcome.