Home / WORLD / Is the CIA pushing forced vaccination on Americans via medical neglect?

Is the CIA pushing forced vaccination on Americans via medical neglect? 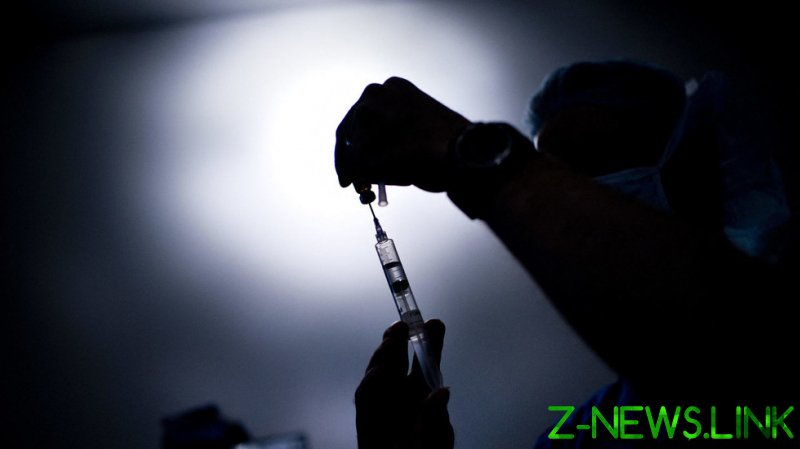 In recent weeks, health professionals, journalists, politicians and pundits across the Western world have in growing numbers openly discussed if not outright advocated harsh, coercive punishments for those who refuse to accept a Covid-19 vaccination.

For many, including physicians themselves, it’s a deeply disturbing development. Yet the mainstream media has so far neither challenged the suggestion in any serious way, nor given the large number of medical practitioners steadfastly opposed to the notion a platform of any kind.

In an illustrative example of this perturbing phenomenon, a recent Washington Post op-ed by Ruth Marcus declared that “vaccinated patients should be given priority over those who have refused vaccination” – in other words, medical neglect for the unvaccinated.

While acknowledging the proposal “conflicts radically with accepted medical ethics,” she defended her stance on the basis that the unvaccinated aren’t in the same “moral position” as for example a prolific smoker who contracts lung cancer or a drunk driver who kills a family, as “it’s hard to quit smoking, stop drinking, lose weight or even take up exercise.”

To reinforce her illiberal illogic, Marcus quoted an “emergency physician”, Dan Hanfling, who suggested it would be entirely “fair” if individuals “who have willingly chosen not to vaccinate, for illegitimate reasons” were put “at the back of the line,” concurring with the author’s conclusion that doctors would be “behaving rationally and justly” by refusing to treat them equally.

Creepy stuff indeed, but what’s even more sinister is that Hanfling is leading member of the Technical Staff at In-Q-Tel, venture capital arm of the Central Intelligence Agency, whose raison d’etre is to ensure US spies maintain their “competitive edge” in all spheres of technology.

In this capacity, he serves as vice president of B.Next, a flagship In-Q-Tel endeavor seeking to “weave biology and technology into the DNA of US national security,” which throughout the pandemic has been “preparing tools and resources to support the medical community as well as decision makers, technologists, and other stakeholders to help understand, manage, and respond to Covid-19.”

Recent posts on its website include a paper on “considerations for using digital technologies” in contact tracing, and a “high-level guide” to sensors that can monitor Covid-19 symptoms remotely. The latter is rather concerning when one considers that not only is In-Q-Tel investing in skincare products that collect DNA, but in the second edition of its quarterly magazine, since-deleted from the Web, the organization outlined its desire to “exploit physiological intelligence.”

This is defined as “understanding the human genetic and biochemical response to disease or environmental exposure to chemicals or organisms,” and “new modalities for sampling, sensing, and understanding that response.” In essence, In-Q-Tel – and by extension, the CIA – sought to “leverage” the evidentiary goldmine provided by the human body’s “biomarkers”, such as brainwaves, breaths, genomes, heartbeats, and more. Skin, for example, was said to present “a unique, underutilized source for sample collection.”

However, In-Q-Tel predicted that “inescapable ethical considerations” would arise from the use of such technology, given that a patient’s consent is always legally required before biological samples are collected from them, yet “the very nature of intelligence collection on individuals” meant samples would need to be harvested without a target’s knowledge or consent. This would mean an “appropriate balance” would have to be struck between a subject’s privacy and the needs of a mission.

One can only wonder if the CIA felt such an “appropriate balance” had been struck on the great many prior occasions it conducted experiments on unwitting and unconsenting human subjects, which are today universally regarded to constitute utterly egregious breaches of medical ethics, amounting to physical and psychological torture of the grossest kind.

It could certainly be argued that biosecurity – and a host of other grave threats to people and planet, including climate change – should be a key national security consideration. Nonetheless, that the “tools and resources” produced by B.Next won’t have benign objectives at their core seems all but certain.

In 2015, In-Q-Tel became involved with CyPhy Works, a company producing small surveillance drones that can stay airborne for up to 10 days due to their unique design. The organization’s input to CyPhy’s technology wasn’t merely financial – it suggested certain modifications be made to optimize the drones for military and/or intelligence use. The resultant drone, Persistent Aerial Reconnaissance and Communications, is now used widely by US authorities, and may well have spied on peaceful protesters, among other nefarious things.

It’s also of note that Hanfling, according to an official biography, was “integrally involved” in Washington’s “response” to a wave of anthrax attacks in the weeks following 9/11. While no perpetrator has ever been successfully identified, one key strand of the “response” to those mysterious incidents was multibillion-dollar investment into biological warfare research and preparedness.

By his own account, as an “emergency physician who was deep in the trenches”, his contribution was working to construct coalitions between health professionals and hospitals to ensure coordination in the event of emergencies. However, In-Q-Tel’s contribution would’ve inevitably been warfare, and therein lies the rub – any effective defensive public health application will necessitate intimate understanding of offensive risks, and the CIA will of course be much more interested in the latter, for its own malign purposes.

In 1997, the neoconservative think tank Project for a New American Century published the enormously influential Rebuilding America’s Defenses, which outlined various strategies by which Washington could “preserve and extend its position of global leadership.” Considered even by mainstream observers as cementing a blueprint for the post-9/11 national security state, it stated that “advanced forms of biological warfare that can ‘target’ specific genotypes” would be “a politically useful tool.”

It’s a matter of public record that the US military has since collected the DNA of foreign citizens, including Russians, for “research purposes”. As such, it may be no coincidence that among In-Q-Tel’s biosecurity investments are a variety of companies involved in genomic research. Publicly available information on its investments in this regard will almost inevitably be incomplete too, given the firm keeps details of much of its funding, the products it creates, and how they are used, largely secret.

At the very least, whatever the CIA’s investments in biosecurity, Langley’s inability to forecast or guard against the Covid-19 pandemic would very much suggest its biosecurity portfolio isn’t concerned with protecting the nation’s health. It’s precisely for this reason that one of its arm’s-length representatives openly recommending the potentially life-threatening restriction of medical care for those who are unvaccinated must not be considered to be in the public’s interest, and raise questions about what the intelligence community’s ultimate objective is in attempting to foist vaccines so aggressively on the populace.