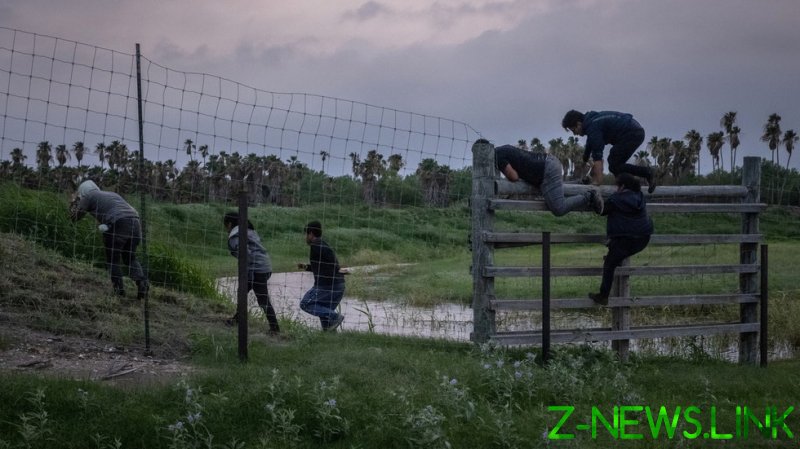 Noem, a Republican, announced on Monday evening that she would be sending “up to 50 National Guard troops to Texas to secure our southern border, and help solve the human and national security crisis that [President Joe Biden] has created.”

What really set off corporate media journalists and Twitter talking heads, however, was the revelation that South Dakota taxpayers won’t have to pay for the deployment, which may last for a month or two. The entire expedition will be funded by a “private donation,” Noem’s spokesman Ian Fury revealed in a tweet. Reached by Business Insider, Fury said that a donation from the Willis and Reba Johnson’s foundation provided the funding.

Johnson’s automotive salvage and auction business have brought him a $2.2 billion fortune, which he has used to back Republican politicians and causes. The donation caused Democrat pundits to see red.

“How is this legal?” was the most common reaction, combined with a multitude of takes that argued it wasn’t, and that Noem was “renting” South Dakota’s citizen militia out as a private mercenary force.

Noem “just turned her state’s citizen [sic] into a private, for-hire security force, which she will then send out of state over the summer,” howled MSNBC columnist Chris Geidner.

Someone who described herself as “Mom. Retired colonel. Lifetime liberal” argued the deployment was blatantly illegal and violated both federal and state statutes.

CNN legal analyst Steve Vladeck, however, was in the “probably legal but shouldn’t be” camp, calling the deployment a “troubling stunt.”

According to the Air Force Times, “it’s legal for private citizens to donate money to governments, though it’s uncommon that the donations are earmarked for something as specific as a Guard deployment.” Either way, no one has challenged Noem’s deployment in court – yet.

The White House has argued there was no “crisis” on the US-Mexico border and that the drastic increase in migrants illegally crossing to claim asylum was “seasonal” or driven by “climate change.” Biden has swiftly dismantled his predecessor Donald Trump’s border wall, asylum, refugee admission and deportation policies, calling them “inhumane” and not in line with “our values.”

Texas and Arizona – both run by Republican governors – have sent out a call for help from other states to help them secure the border, accusing the Biden administration of refusing to do so. Texas has also sought to continue building a border wall in places where Trump’s barrier was planned but was stopped by Biden, and Gov. Abbott invited the 45th president to tour the border with him on Wednesday.

So far, the Republican governors of Florida, Nebraska and Iowa have pledged to send law enforcement officers to the border, while South Dakota is the first state to send actual troops.