‘Is she pro-choice now?’ Candace Owens ripped for rejecting Covid-19 vaccine, vowing never to force employees to take it 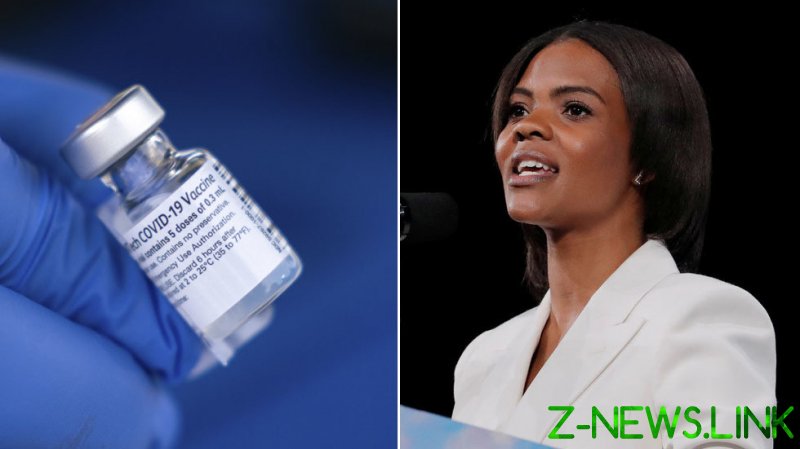 “Medical freedom is an individual right that should NEVER be infringed upon and any person who thinks otherwise has no place in our government,” Owens said in a tweet stating the decision. She explained her stance as principled opposition to “fear, bribery, and coercion” by “Big Pharma” and the government.

She added she would respect her employees if they make the same choice, and pledged never to pressure them into getting immunized.

The White House is seeking to overcome vaccination hesitancy among part of the US public who have not received shots so far. Over 67% of adults in the US have received at least one dose so far, according to CDC figures, but states like Louisiana or Wyoming are lagging far behind vaccination frontrunners like Vermont and Hawaii.

The declaration of non-vaccination by Owens triggered an avalanche of negative comments. The Twitter storm was strong enough to bring Owens’ name into Twitter trends. Some went straight to the core of the issue, wondering why vaccination should be a freedom issue when taking the shot in most cases is the rational choice both personally and from a public-health standpoint.

Many others jumped on the opportunity to mockingly suggest that Owens was now “pro-choice” when it comes to the question of abortion. She insisted that her position hadn’t changed and she is “pro medical-choice and anti the murder of infants.”

There were also the expected attempts to shame Owens and others who share her position on the destruction caused by Covid-19. Some people simply didn’t believe that she was telling the truth, accusing her of posturing.

The nastier feedback predicted that Owens and her family will regret their decision when the virus gets them – or even asked them to waive their right to be treated for Covid-19 in order to be principled to the end. The conservative speaker branded the authors of such remarks “genuinely nuts.”

Covid-related government policies like face-mask mandates and the vaccination campaign have become a highly politicized issue in the US, exacerbating longstanding cultural divisions in the country.

For many, taking or not taking the shot became first and foremost a way to signal affiliation to one of two camps. The opposing sides are often treated as anti-science kooks and tyrannical government shills by the left and right, respectively.