Home / WORLD / ‘Is she joking?’: Sarah Silverman ridiculed for protesting against ‘Jewface’ in Hollywood despite previously wearing blackface

‘Is she joking?’: Sarah Silverman ridiculed for protesting against ‘Jewface’ in Hollywood despite previously wearing blackface 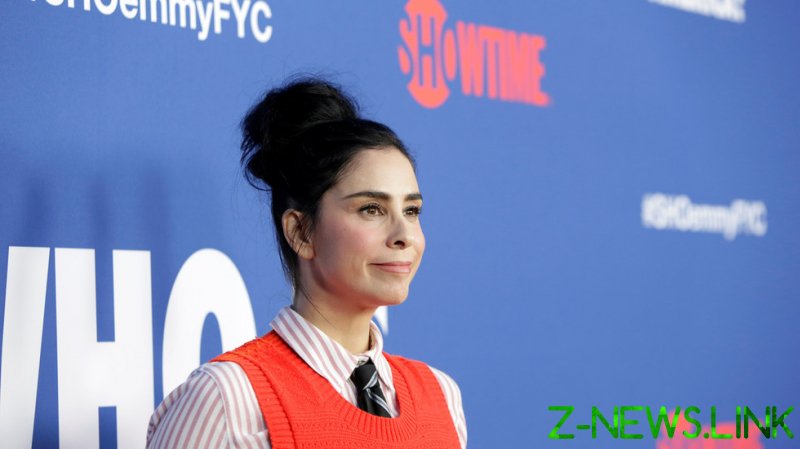 During an episode of her self-titled podcast on Thursday, Silverman complained that there was a “long tradition of non-Jews playing Jews,” which she called “Jewface.” She cited recent examples including Kathryn Hahn playing the late television host and comedian Joan Rivers in ‘The Comeback Girl’, and Felicity Jones playing late Supreme Court Justice Ruth Bader Ginsburg in ‘On the Basis of Sex’.

“Right now, representation f**king matters,” she declared. “It has to also finally matter for Jews as well. Especially Jewish women.”

Though Silverman made the comments on Thursday, they were picked up this week in several news reports, prompting a wave of ridicule and accusations of hypocrisy on social media.

“This is either an absolutely insane take or just a very good joke,” one person opined, while Daily Wire Editor Ian Haworth tweeted, “Complaining that there aren’t enough prominent Jews in Hollywood is certainly a take.”

Many social media users also took the opportunity to point out Silverman’s own history imitating African Americans in blackface during a 2007 satirical comedy sketch.

The furious backlash to her own blackface incident, which included being fired from a movie role, prompted Silverman to rail against ‘cancel culture’, which she said had “invaded the left” in the US.

Silveran, a progressive herself, complained that such a culture leads victims to “the dark side,” and in March she accused the Democratic Party of being “elitist” and “absolutist.”