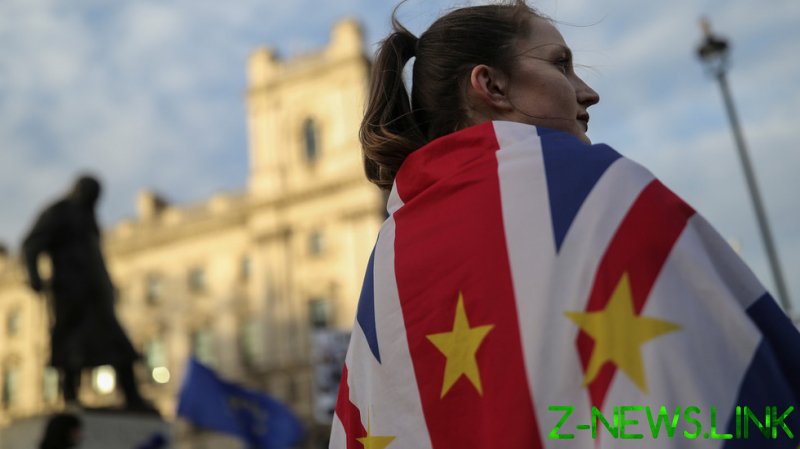 Snow took to Twitter late on Friday, posting a rather doomsday rant about the UK leaving the European bloc.

“75yrs ago, after history’s bloodiest war, with its genocide & unimaginable brutality, a generation of survivors tried to prevent future war by building institutions to curb assertions of national sovereignty,” he wrote.

NATO would actually be a way more fitting organization for Snow’s rant, others argued. The dreaded Brexit, however, does not affect London’s membership in the alliance.

Some delved a little bit deeper into history, pointing to the EU’s predecessor – the European Economic Community (EEC), established back in 1957.The date of its creation, however, still doesn’t quite match with Snow’s claim, especially since the UK only joined the EEC in 1973.

Moreover, attempts at European integration have been primarily economic, other users argued, with neither this, nor the current quasi-state structure of the EU contributing to the decades of peace.

Others rallied in support of Snow, appealing to Winston Churchill’s vision of a united Europe, as well as pointing fingers at the Council of Europe. The latter was created back in 1949, with the UK among its founding members.

There’s a catch, though, as despite a similar name and even logo, the Council is an organization entirely separate from the EU.