Home / WORLD / ‘Is it Ghislaine Maxwell?’ Kevin Spacey sends Twitter into frenzy with Christmas video about friends who ‘contemplated suicide’

‘Is it Ghislaine Maxwell?’ Kevin Spacey sends Twitter into frenzy with Christmas video about friends who ‘contemplated suicide’ 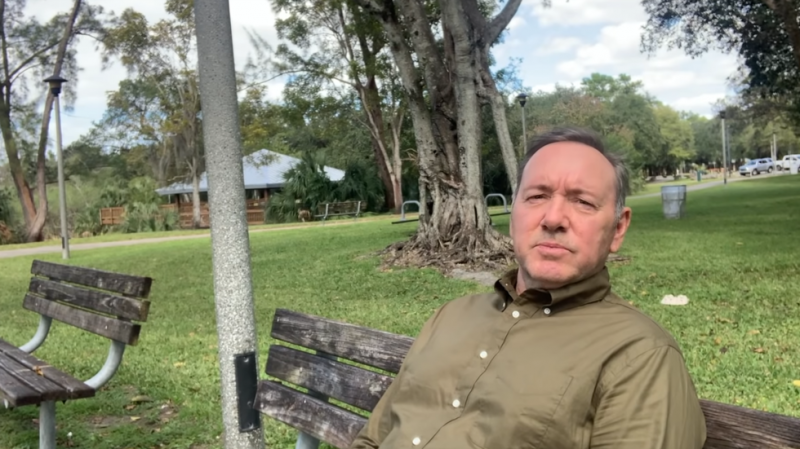 The actor, largely absent from social media since facing a wave of sexual misconduct allegations, posted the Christmas-themed video on Thursday, marking the third year in a row he shared such messages.

This year’s video, titled ‘1-800 XMAS,’ begins with Spacey sitting on a bench in a park. In the voice of Frank Underwood, his character from the House of Cards TV series, Spacey asks: “What would Christmas Eve be without a message from me?”

He promptly drops the act, however, grabbing the camera and walking around as he talks about how many of his friends are struggling with depression and suicidal thoughts at present.

“Listen, a lot of people have reached out to me this past year, and have shared their own struggle and my ability to be there for them has really only been possible because of my own difficulties,” Spacey says.

Some went even further, pointing to the mysterious recent deaths of several of Spacey’s accusers.

However, some users expressed their appreciation and support for Spacey’s message, arguing that suicidal people are in desperate need of support, particularly during these depressing coronavirus times.