Home / WORLD / Is imperialism driven by demonic forces? History gives us good reason to think so

Is imperialism driven by demonic forces? History gives us good reason to think so 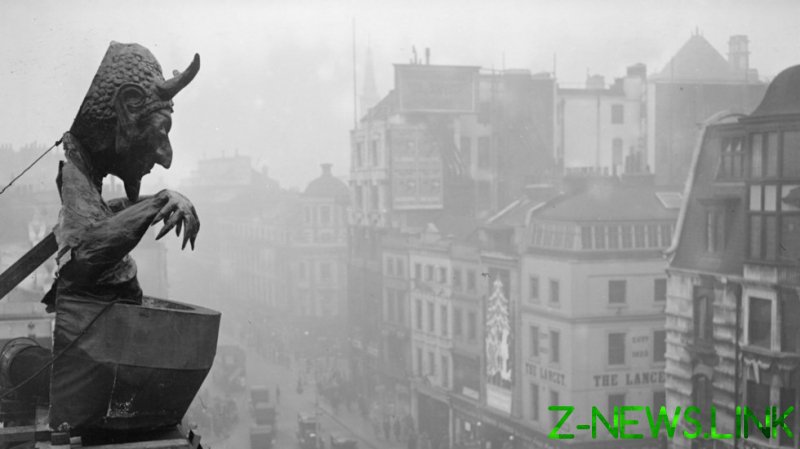 Are Empires demonic entities? The British Empire was invented by magician John Dee – a well-documented fact. He came up with the phrase and suggested it to Queen Elizabeth I. The story goes that he had conjured up a demon who inspired that imperial vision. Not bloody likely, of course, but the link between the demonic – the power of evil – and imperialism seems well-grounded.
My favourite historian, AJP Taylor, has written that the British imperialists overseas emulated Attila and his Huns. In North America, the British exterminated the native inhabitants… just as they had earlier striven to exterminate the natives of Ireland. “No Empire has marched forward with more savagery…they followed a simple rule: the only good Indian is a dead Indian.” Verily, a formulation worthy of a demon.

An astrologer, alchemist and head of a confraternity created to invoke angels, John Dee was accused of sorcery. The charge was that he used demons to harm the life of Queen Mary Tudor. (Mary did, indeed, suffer an early death.) Although acquitted, Dee made good use of his occult reputation. He claimed to have found the mythical Philosopher’s Stone that turns vile metals into gold. With fellow magician Edward Kelley he went to Prague, to win over Emperor Rudolf II. At first Rudolf was friendly, but he soon grew sceptical. Dee fled to England; Kelley ended his life in a dungeon. The Habsburg Emperor had no time for scammers and their bogus demons.
The British Raj in India was not an Empire of settlement. There were too many Indians to kill and the Brits didn’t impose Anglo-Saxon ways on them. They merely wanted to grab Indian wealth and ship it to London. Colonial posts were reserves for the British aristocracy and its hangers-on. Later, the Indian Civil Service became an outlet for English public schoolboys. Taylor lambasts them as predatory parasites. I confess to an elitist weakness: I am partial to a posh public- school accent. I love it. Maybe there is a snooty demon within me which causes that?
The British Empire moulders in the grave, but is there an American Empire? The US keeps nearly 800 military bases in 70 countries and territories abroad. It launches innumerable invasions of foreign countries when they resist its domination. However, if there is a demon driving American imperialism, it must be a stupid one. After 20 years of occupying Afghanistan and seeking to turn it into a colony, the Americans had to scarper and run. A bunch of shaggy-bearded Islamic warriors have beaten the high-tech armies, drones and missiles of the Great Satan. A wonder to behold! The seeing off of a dumb demon?

By necessity, Empires are criminal affairs. Powered by aggression, war and plunder. St Augustine put it tersely: ‘What are kingdoms but great bands of robbers?’ As a Berber from North Africa, the Saint belonged to a race Rome had conquered and colonised. He had no illusions about the violence of Roman depredations. Yet Augustine was a proud Roman citizen and made a successful forensic career in Milan. After the Goths sacked the Eternal City in AD 410, the Saint wrote a hefty tome to justify the providential role of the Empire.
Old-style imperialism driven by warring nations is probably dated. Today, people can be enslaved in more indirect, subtle ways. By the banks, the financial system, by economic means. Social theorist Werner Sombart appositely spoke of ‘creative destruction’ or ‘demonic forces in economics’. But it is through its well-nigh universal culture that the demon of Western hegemony rages on. The sick vision of a vile humanity peddled by the all-powerful media is truly Satanic. A deliberate inversion/perversion of all values – Horribile Dictu!
In the Gospels, Jesus confronts the demoniacs and heals them, casting out their evil spirits. The imperialism of Rome he did not touch, despite the Jewish zealots’ hatred of the pagan occupier. The Messiah, like St Augustine and Dante later, must have prophesied how even a terrible Empire can fulfil God’s plans by repressing the powers of darkness…
In South London an Evangelical Vicar friend invited me to witness an exorcism. Basically, he read out long passages of Holy Scripture and eventually addressed the Devil:
“F…k off, Satan! F…k off!” he shouted many times. At least temporarily, it seemed to work.
I wish evil Empires were similarly easy to combat.