Home / WORLD / Is he still president? CNN’s Jim Acosta BOOED after following Trump to Texas to ask about January 6

Is he still president? CNN’s Jim Acosta BOOED after following Trump to Texas to ask about January 6 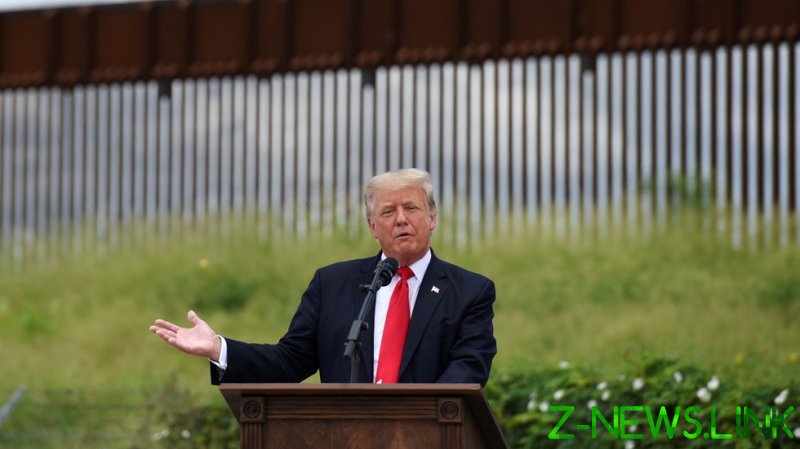 Donald Trump visited the Rio Grande valley on Wednesday, at the invitation of Texas Governor Greg Abbott, touring the border wall he began building while in office – but which was halted by President Joe Biden immediately upon inauguration.

After Trump gave a speech at one point, Acosta shouted a question from the press area, asking Trump if he intended to “apologize” for the January 6 riot at the US Capitol. “Crowd of mostly GOP members and staff booed,” the CNN anchor later tweeted.

The moment was a throwback to the Trump presidency, when Acosta made a habit of grandstanding at White House briefings and press conferences, then claimed he was being victimized by Trump and getting death threats from his supporters. He spun it all into a book about heroically defending journalism and democracy – that hasn’t sold very well – and getting a promotion to a news desk job.

So why was he even in Texas, the Twittersphere wondered as Acosta’s name trended on both sides of the political aisle. Was Trump still president? Or did he miss Trump that much?

Others pointed out that Acosta’s ratings were so bad, CNN must have sent him back on the road to “harass” Trump. It was just like old times – except CNN had far fewer viewers now.

While it may not be quite the 75% ratings drop as some claimed, CNN has in fact bled audiences at an alarming rate. According to one report, since April, when Acosta took over the weekend CNN Newsroom show, its viewership has dropped by 30 percent compared to the first three months of 2021 – and by 41% on Sunday.

Hundreds of thousands of illegal migrants have crossed the US-Mexico border since January, as Biden reversed almost all of Trump’s immigration policies. Some of them even wore “Biden let us in” shirts, using the Democrat’s campaign logo. Texas and Arizona, run by Republican governors, have sought to toughen border enforcement themselves, accusing the federal government of dereliction of duty.

The White House has rejected describing the border situation as a “crisis” and downplayed the surge as “seasonal.” It also blamed it on the previous administration, poverty, and climate change.