Home / WORLD / Is ‘cis white male’ a slur? William Shatner thinks so, triggering rage of woke Twitterati who used the term against him

Is ‘cis white male’ a slur? William Shatner thinks so, triggering rage of woke Twitterati who used the term against him 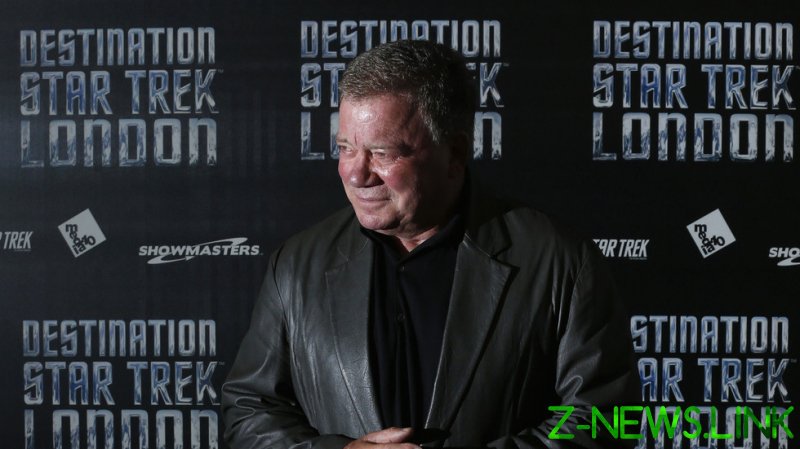 Shatner has dedicated what appears to be a good portion of his weekend to pushing back against what he slammed as the “hubris of youth” after liberal critics took aim at him following an alleged case of “misgendering.” They also took serious issue with the 89-year-old actor’s suggestion that some people use “cis white male” in a derogatory manner to shut down dialogue with people they disagree with.

Shatner’s original sin, in the eyes of Twitter’s PC-police, was committed when he was live-tweeting an episode of ‘The Unexplained’ — a series which he hosts — last weekend. At one point, Shatner tweeted a quote straight from the show regarding the late jazz musician Billy Tipton. When paramedics found Tipton dead in 1989, they discovered the musician was “a woman who had been living as a man for decades.”

Critics quickly slammed Shatner for not referring to Tipton as a “transgender man,” though the artist had never acknowledged this one way or the other. As Shatner pointed out to one critic, Tipton had five wives who had no clue about the musician’s biological gender. He had told them that a childhood accident prevented normal intimacy, according to the show.

Those facts didn’t appear to matter to Shatner’s critics, some of whom attempted to shut him down as an ignorant “cis white male.” When he pointed out that the word “cis” — which simply describes a person as identifying with the gender they were born as — was being used as a “slur” against him, all hell broke loose.

“Imagine having all this anger because someone asked not to be labeled with a word that’s been used as a slur to him,” Shatner wrote in one tweet, responding to someone blasting him as a “transphobic sack of garbage.”

While the attacks on Shatner intensified, the ‘Star Trek’ actor doubled down in a slew of Sunday tweets, blasting the “mob mentality” which he said is fed by Twitter.

“I think the issue is that social media connects more of them together & some think that mob mentality wins arguments. The hubris of youth is eons old. That’s all this is,” he wrote of his critics.

“They eventually give up if you don’t play along,” Shatner finally said with a screenshot of yet another commenter telling him to “stay mad” before adding: “you’ll always be cis.”

While Shatner refused to back down, many celebrities are quick to offer grovelling apologies in the face of Twitter mobs. Halle Berry abandoned a role earlier this year in which she would have played a trans character. That in itself was controversial, but she was also slammed by online critics for ‘misgendering’ the character by mistake at one point in an interview. She apologized and gave up the role.

It appears Shatner has no intention of bowing down to trolls hiding behind digital activist masks, however.