Is Baldwin to blame for the fatal ‘Rust’ shooting accident? It’s… complicated 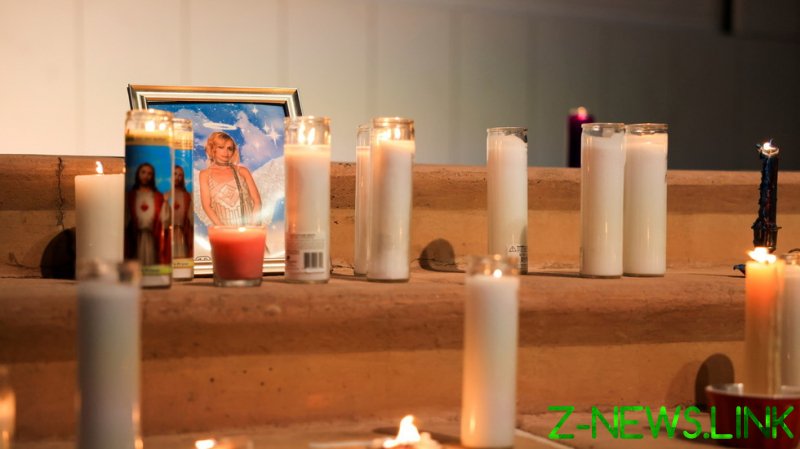 The Alec Baldwin shooting incident is undoubtedly a tragic one, but it’s also a bit more complicated than it seems. On the one hand it’s a nightmare scenario, brought about by negligence and stupidity, which resulted in the loss of a person’s life. But on the other hand there is a twisted irony in the events that unfolded, especially given Baldwin’s political statements over the years and his outspoken gun-control advocacy.

But no matter what opinion people might have on Baldwin, NOBODY would ever want to end up in his situation. A regular day on the job, you’re practicing your gun-drawing scene as you’ve done countless times before, and then out of nowhere, BAM! You just shot two people right in front of you. People you knew personally. And one of them dies. It’s impossible to imagine the shock and devastation a person would feel after such a horrifying accident.

In the past 30 years in Hollywood, such an accident really only occurred once, when Brandon Lee (son of the martial arts legend Bruce Lee) was tragically killed while filming ‘The Crow’. Brandon was also shot by a prop firearm that wasn’t properly checked and still had a bullet in it.

The actor who pulled the trigger that day, the late Michael Massee, was never really able to recover from the incident. He said in interviews that, even after several decades had passed, he still had nightmares about that day and no one could “ever get over something like that.”

It’s hard to imagine what Baldwin is going through, but one could imagine he is in a pretty dark place right now, and it might take him a while to psychologically recover from this tragic incident.

But how exactly did such a bizarre accident even happen? Well, the investigation is still ongoing but so far the preliminary conclusion as to the cause seems to be rather straightforward – overwhelming negligence of many, combined with the sheer stupidity of a few.

The gun had passed through several hands before reaching Baldwin and no one bothered to properly inspect the pistol, which had a live round in it, because allegedly the armorer in charge of the firearms on set thought it would be a good idea to use these guns for target practice between takes.

So the question is, how much responsibility lies with Baldwin himself?

It seems most people don’t think he should be held responsible for the shooting since he is just an actor who was given a gun which, by all accounts, should have been completely safe, and Baldwin would probably not even be able to tell if it wasn’t.

Some have even shifted the blame completely away from Baldwin and blamed the incident on the fact that real firearms were present on set in the first place. An online petition has been launched seeking to ban the use of real firearms on film sets throughout the industry and several directors have already made the pledge.

However, others think that at the end of the day it was Baldwin who negligently pulled the trigger, and since he was also the producer for the film it was his responsibility to manage the crew and their safety concerns, of which there were many.

In fact, legal experts believe he might face repercussions – not as an actor, or an individual, but precisely as a producer. The experts seem to acknowledge that the case for manslaughter against Baldwin is a weak one, but the negligence prevalent on set might still see Baldwin and his team face a civil lawsuit.

Besides that, given the outspoken manner in which Baldwin has bashed Trump and his supporters over the years, as well as his aggressive gun-control stance, it’s no surprise there are many who don’t exactly sympathize with him right now, opting instead to highlight the irony of the situation.

While that IS pretty insensitive, especially given the grave circumstances, many point out that if such an accident occurred with a conservative actor or crew (of which there are almost none in Hollywood), Baldwin would’ve been the first to use the incident to tout his anti-gun rhetoric.

In fact, some have made the point that Baldwin’s anti-gun attitude might have actually contributed to the tragedy. If he personally had more respect for the firearm and had employed people who actually knew how to responsibly handle guns, those people argue, the incident would never have happened.

Many have made the point that at the end of the day it wasn’t the gun that killed cinematographer Halyna Hutchens. It was the incompetent and negligent people who should’ve had no business handling firearms, as is usually the case when it comes to firearm accidents.

Of course, there are hundreds of armorers who have worked in the industry for decades without incident. However, with growing levels of incompetence in Hollywood these days, which many blame on flawed hiring guidelines, perhaps it IS better that guns be kept as far away from these people as possible, lest another tragic incident like this one occurs again.

Because, let’s face it, the standards probably won’t be going up any time soon.