Home / WORLD / Is Australia’s Kim Jong Dan finally on the ropes? An inquiry into his abysmal handling of Covid-19 could signal his demise

Is Australia’s Kim Jong Dan finally on the ropes? An inquiry into his abysmal handling of Covid-19 could signal his demise 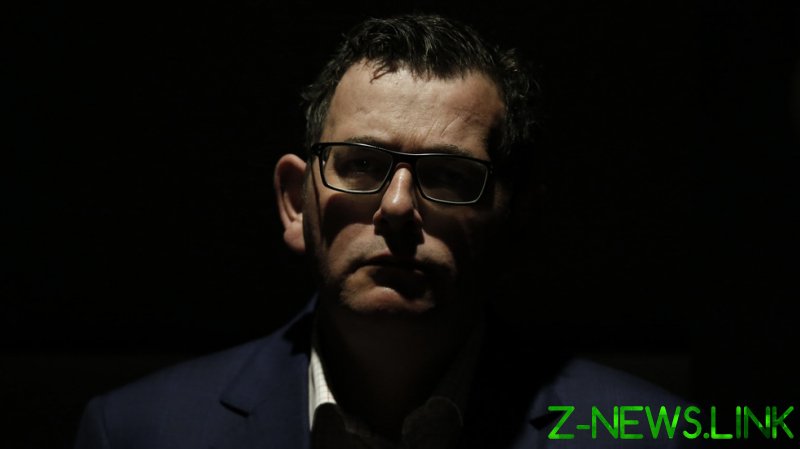 There is an old political adage that politicians should never establish an inquiry unless they know the likely outcome.

Evidence presented this week at an inquiry into Victoria’s Covid-19 second wave, established by Premier Dan Andrews, suggests that he may have failed to heed this advice. That evidence was so damning of Andrews that calls for him to resign have reached fever pitch. and the Victorian opposition has foreshadowed a motion of no confidence in him.

Andrews is due to give evidence to the inquiry on Friday, and only an extraordinary performance can end the crisis that has engulfed him.

Andrews established the inquiry in July in a cynical attempt to shut down criticism of his government’s decision to employ inexperienced security guards to supervise Victoria’s Covid-19 hotel quarantine regime. It was the catastrophic failure of this regime that led to Victoria’s second wave, despite Andrews instituting some of the most draconian lockdown restrictions in the world.

These include police being able to enter properties without a warrant, and arrest people for not wearing their face masks properly or for posting things on social media that contradict the dear leader, as a pregnant woman found out.

Immediately after establishing the inquiry, Andrews told reporters that he could not answer any questions about the hotel quarantine fiasco because the inquiry was investigating the matter.

To her great credit, Jennifer Coate, the head of the inquiry, made a public statement disagreeing with Andrews – pointing out, correctly, that there was no reason why he could not continue to answer questions.

Since then things have gone steadily downhill for Andrews.

Federal government officials last week gave evidence of repeated offers to Andrews to provide trained personnel to assist with Victoria’s hotel quarantine regime, none of which were accepted. Andrews has consistently denied that such offers were made or refused.

Chris Eccles, the head of the Victorian Department of Premier and Cabinet, testified that he had received one such offer, but that he couldn’t recall if he told anyone (including Andrews) about it. He also told the inquiry that he was not aware of how the decision to appoint security guards was made.

Other top ranking public servants, including the Secretary of the Department of Health, that had joint responsibility for dealing with the pandemic, also testified that they had no idea who had made the decision to appoint security guards.

The Health Minister, Jenny Mikakos, gave evidence yesterday to the same effect, and, in a disgraceful attempt to excuse her glaring incompetence, said that she had been kept in the dark by her department.

The Minister for Jobs, Precincts and Regions, Martin Pakula, whose department hired the security guards, testified that he did not know who made the decision to hire them, and that he only became aware of his department’s involvement when he read reports in the media.

This pathetic parade of highly- paid Sergeant Schultzes is indicative of the abysmal quality of the Andrews’ ministers and public servants – where stupidity, cringing subservience and political correctness are prized much more than competence.

Evidence was also given that showed that some of the security firms hired were not on the government’s list of approved security companies, and that some public servants had serious reservations about contracting them – with one describing them as being part of a “cowboy industry”.

High-ranking Victorian police officers gave evidence that they were not consulted about the decision to hire the security guards, and that they had been surprised by it.

How Andrews will deal with all of this remains to be seen. The honourable thing to do would be to admit that he lied about the federal government offers and to take responsibility for the security guards fiasco. He is unlikely to do that, however. He and the truth have a troubled relationship.

He will probably seek to turn on the Andrews charm and adopt his recently acquired hang-dog look – these days he looks like a guilty schoolboy about to receive a severe birching (now there’s a thought) – and try to tough it out. But that may not be enough to save him this time.

Criticism of him has reached boiling point. Sanjeev Sabhlok, an economist with the Victorian Treasury, recently resigned after accusing Andrews of “totally destroying Victoria”.

John Carroll, a prominent retired academic, has compared the premier to Captain Ahab, saying “The Andrews impiety seems similarly monomaniac, with the perverse twist that the more exhausted and rattled his own personal state, the more he seems driven to inflict ever more severe punishment on his victim, the Victorian public”.

Lawyer Francis Galbally has described the Andrews government as “the most incompetent government Victoria has seen in its history”.

And at the same time that the inquiry has been sitting, Andrews has introduced a bill into parliament that would permit him to give people who are not police officers or public servants wide-ranging powers to detain Victorians during the pandemic.

This outrageous infringement of basic rights had been roundly criticised by civil libertarians and prominent lawyers and former judges.

Unfortunately, in the post-truth political world in which we live, politicians are rarely held accountable for their actions. The same political culture that allows Donald Trump to thrive also protects Andrews.

This is confirmed by a poll conducted this week, as the number of new Covid-19 cases declined rapidly, showing (astoundingly) that 62% of Victorians approved of Andrews’ handling of the pandemic.

In the circumstances, it may be up to inquiry head Jennifer Coate to ensure that Andrews is held to account for the near criminal ineptitude that caused the second wave in Victoria, with all its grave consequences. Hopefully, she will also apportion some of the blame to those utterly useless ministers and upper-echelon public servants who are equally responsible.

Coate is due to deliver her report in early November.