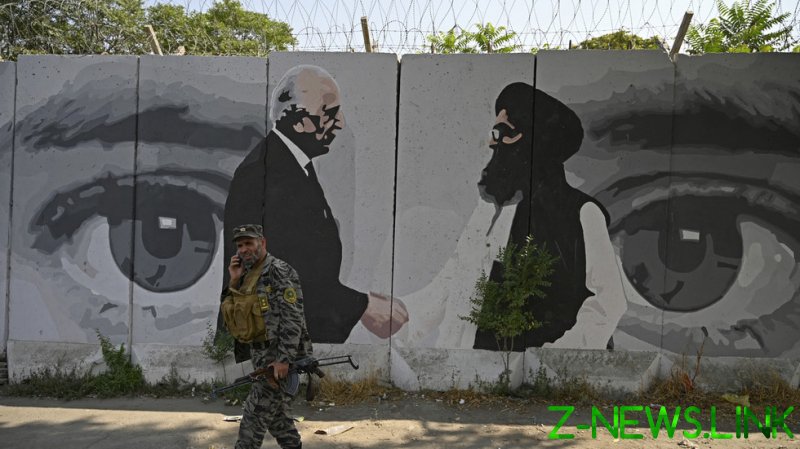 On Wednesday evening a deadly blast struck a Pakistan hotel stemming from a car bomb, claiming four lives. The apparent target of the attack may have been China’s ambassador to the country, Nong Rong, who was staying in the city of Quetta to meet with an official in the volatile province of Balochistan concerning the China-Pakistan Economic Corridor (CPEC). The Pakistani Taliban subsequently claimed responsibility for the attack.

The province is home to the newly expanded Gwadar deepwater port that is key to a planned $65 billion investment in China’s Belt and Road Initiative (BRI).

While these kind of attacks are commonplace in Pakistan, the problem of terrorism being a longstanding one, the timing of this event poses broader questions concerning the future security arrangements of this region with one game changing event on its way this year: The withdrawal of the United States from neighbouring Afghanistan. This will inevitably bring about a massive resurgence in the strength of the Taliban, who, now having no incentive to engage in peace talks with Kabul, will certainly attempt to reconquer the country.

With America no longer guaranteeing stability in Afghanistan (providing, of course, it does not promote a terrorist threat again towards the US homeland), does this mean the Taliban are effectively China’s problem now? Will Beijing be forced to fill the vacuum Washington is leaving behind? And does this also indicate it is in Washington’s interests to allow the Taliban to thrive?

America’s pending withdrawal from Afghanistan is a tactical, strategic retreat. In the scope of the near 20 years the NATO coalition has been in the country, the incentives to be there have changed. The conflict itself and American entry marked the opening of the ‘war on terror’, an epoch of US foreign policy whereby terrorism was deemed to be the biggest threat to its security and its order around the world. The Taliban were linked with the sanctuary of Osama Bin Laden following 9/11, and subsequently for two decades the US took on the “burden” of propping up a regime in Kabul against an insurgency that never gave up.

But the world is a different place now. The era of the ‘war on terror’ has closed and has been replaced by a new orientation known as “strategic competition”– shifting the priority of American thinking away from fighting terrorism and towards attempting to contain China. This means that the strategic purpose for America to be in Afghanistan is ultimately obsolete, and subsequently it matters little to Washington now if the Taliban overrun the entire country, on the condition that they do not enable attacks against the US again.

All the better for Washington if the problem of Afghanistan then becomes China’s. A potential resurgence of the Taliban will proliferate instability and attacks into neighbouring Pakistan and subsequently pose challenges for CPEC, a grand infrastructure project which connects China’s Xinjiang to the Indian ocean through Pakistan and the Gwadar Port.

As America’s “Indo-Pacific” strategy is built around attempting to use its navy to contain China around its periphery, land-based links on the Belt and Road initiative, which diversify China’s energy and freight supply lines away from the Pacific, are a counterweight to this, which is why the US has focused so relentlessly on the Xinjiang issue.

America’s withdrawal is going to rewrite the security arrangements of this region, irrespective of the outcome. First of all, US support for Pakistan as a “security partner” will come to an end. Islamabad was an ally in helping to contain the Taliban, but this is now obsolete. This means Pakistan faces alienation from the US and Washington has no interest in its success. The power vacuum is to an extent going to be filled by Beijing. China will not intervene in Afghanistan in the way the US did, but the new realities will mean that Beijing becomes a stakeholder in supporting Pakistan and maintaining stability in Afghanistan in order to defend its economic interests.

Other powers will also find themselves having increased involvement, too. Russia is likely to become a larger partner of Afghanistan and contribute to the new security dynamic, as well as Modi’s India, the flipside of a Taliban resurgence being that it is a double-edged sword which will cause problems for New Delhi too, with terrorism being a constant thorn in India-Pakistan relations.

But the question remains whether any country will devote themselves to the level of investment and effort to stop the Taliban from returning to power again and bring peace to the country? As it is something the US and its allies could not do in 20 years, it’s unlikely. All of America’s bombing and carnage changed nothing and improved nothing.

The best hope of success for Afghanistan could, in fact, be China and others simply learning to live and co-exist with the Taliban, whose fundamental drive has been simply for the foreign invaders to go away.

While the potential spread of extremism could be a liability, there may also be an opportunity for real peace. The “problem” of Afghanistan isn’t going to go away, or be solved quickly. The strategic map of this region is about to be rewritten, and it will require greater commitment and effort from China regardless.