Home / WORLD / Is America heading for a race war? Unless Democrats stop protecting criminals, it is inevitable

Is America heading for a race war? Unless Democrats stop protecting criminals, it is inevitable 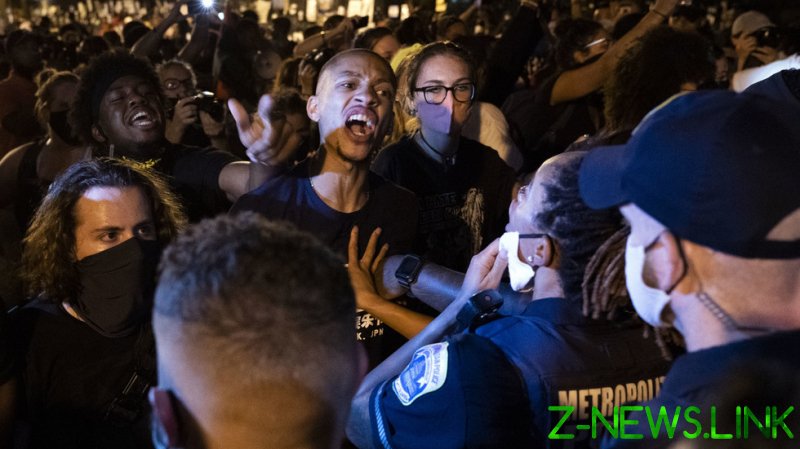 Watching the video of George Floyd dying on the street under the knee of Derek Chauvin, a white police officer, forced many people to ask themselves: is this yet another case of police brutality that has become so prevalent on the streets of America, or is it symptomatic of something even worse? Without any debate, the mainstream media had a ready-made answer for mass consumption: America is racist to the core and deserves whatever it gets. It was a simplistic, knee-jerk response at a time when America was already suffering under a lockdown due to a pandemic.

Before continuing, it is necessary to ask: does America really suffer from ‘systemic racism’, also known as institutional racism? As a white American who grew up in a multiethnic neighborhood and was later employed at several racially diverse workplaces, I would have to disagree. While the proverbial ‘melting pot’ still has some cooking to do, relations between black and white people have been stable for many years.

While the nation will never remove the scar of slavery, the creation of a welfare state, together with numerous government programs such as Affirmative Action, was designed to end the discrimination of minorities. And as every American will say, the United States is a ‘nation of immigrants’, an idea reinforced by the passage of the Immigration and Nationality Act of 1965, for example, which opened the door to millions of people of non-European descent. Those sorts of initiatives indicate that Americans are not the hooded pack of white supremacists that many now say they are. This does not mean, of course, that the scourge of racism has been stamped out; there is no shortage of racists and bigots in the US, but to call the problem ‘systemic’ seems overblown.

At the same time, however, it cannot be denied that we are now living in radical ‘woke’ times, an entirely new animal. Thus, instead of responding to the outbreaks of violence in the wake of police killings with a unifying message of calm and civility, many politicians, in an effort to appease the angry social justice warriors that keep them in office, are stoking the fires of racial dissent with their rhetoric. You don’t have to read between the lines to understand their message – just listen to Kamala Harris, the Democratic nominee for the vice presidency.

It would be difficult to cite a more irresponsible comment from any individual, and especially one who has a high chance of becoming – considering Joe Biden’s advanced age – the first female president of the United States. This strange new willingness for Democratic leaders to court the mob reared its ugly head again this week, when Portland Mayor Ted Wheeler banned police from using tear gas to quell riots that have plagued the city for more than three months. Mind you, this is the very same mayor who was forced to vacate his condominium last week after rioters set fire to the building.

Meanwhile, behind the scenes, a number of influential individuals have declared their support for Black Lives Matter and Antifa. Few would be surprised to know that the financier George Soros, for example, donated almost a quarter of a billion dollars to several racial justice groups, including BLM. He was motivated by “systemic discrimination against blacks that can be traced back to slavery.”

On the other end of the spectrum, Ben & Jerry’s Ice Cream, owned by the global Unilever Company, announced it was launching a podcast that prompts listeners to “dismantle systemic racism” and white supremacy. Shouldn’t Americans be entitled to a national conversation on the question of ‘systemic racism’ first, before an ice cream company (ice cream!) practically declares it a full-blown fascist regime? After all, the ‘race problem’ could be a symptom of the deplorable state of the police forces, which are, arguably, both overworked and undertrained to handle their assigned tasks. The theory at least deserves much greater attention, but that would deprive the left of an opportunity to appear holier-than-thou in the most consequential presidential election in many decades.

In any case, it doesn’t take a rocket scientist to understand that if these protest groups – which, incidentally, have a large number of misguided white youths among their ranks – believe they can act with impunity, while also receiving massive injections of cash and ideological support, things are going to spiral out of control real fast.

Just this week, BLM protesters descended upon my hometown of Pittsburgh, where they harassed a group of diners enjoying the afternoon on a café patio. One of the female activists somehow thought it would be a great idea to gulp down one of the beverages on a table where an elderly couple was seated. Earlier, across the country in Portland, Oregon, BLM showed up in the middle of the night to inform ‘privileged’ suburban residents – not all of them white, by the way – that they were living on “occupied” land. If BLM really wants sympathy for its cause, those methods are certainly not the way to get it. In fact, they could trigger an ugly backlash, igniting the very racism that the group declares itself to be fighting in the first place.

On that note, more white citizens are coming around to the conclusion that they are the ones being subjected to a ‘reverse’ form of racism – or, at the very least, are not permitted to defend themselves from physical harm. That appeared to be the lesson for many after Mark and Patricia McCloskey, two lawyers from an upscale neighborhood in St. Louis, brandished firearms after protesters smashed through a gate and trespassed onto their property. Guess who was charged with a crime? Not the protesters. St. Louis Circuit Attorney Kim Gardner, who received funds for her campaign from none other than Mr. Soros, filed a felony count against the McCloskeys for unlawful use of a weapon.

Overnight, it appears that Americans have awakened to a nightmare world turned upside down, where all of the old rules of law and order have been thrown out the window. It’s a place where political leaders no longer allow the police to perform their duties; citizens are condemned as criminals for protecting themselves, and all the while, “fiery yet mostly peaceful protests” are permitted to rage. Before the situation hits the point of no return, America really needs to have a calm discussion about ‘systemic racism’ to determine if it even exists in the first place. In the meantime, find a way to maintain law and order on the streets and, most importantly, trust the police; the majority are not bad apples. America’s future peace and prosperity depends on it.