Home / WORLD / Irish literary prodigy Sally Rooney, who supports the ‘BDS’ boycott of Israel, is blasted for ‘refusing to publish book in Hebrew’

Irish literary prodigy Sally Rooney, who supports the ‘BDS’ boycott of Israel, is blasted for ‘refusing to publish book in Hebrew’ 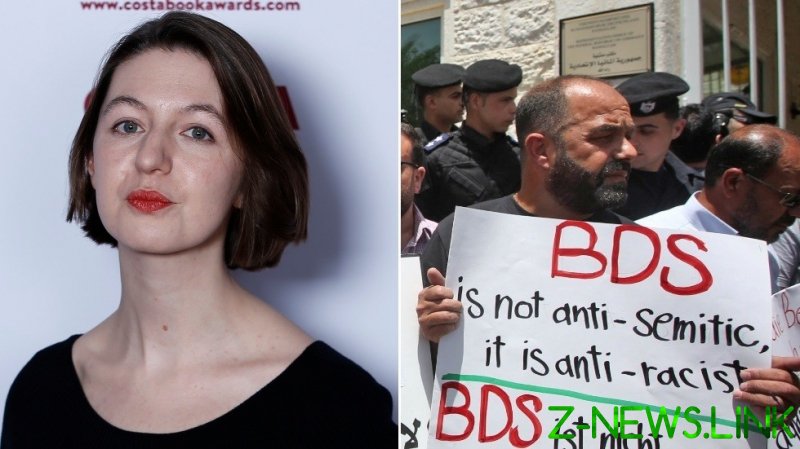 Rooney is considered one of the premiere millennial authors. She is also a supporter of the Boycott, Divestment and Sanctions (BDS) movement, which is meant to put economic and moral pressure on Israel to change its policies toward Palestinians. A model for the BDS is the movement targeting apartheid South Africa, which arguably was essential for dismantling the exclusively white government of the country.

Her first two books, ‘Conversations with Friends’ and ‘Normal People’, became bestsellers and won critical acclaim. The latter had a successful adaptation for the silver screen by the BBC, with a TV series based on the former currently in the works by the British public broadcaster.

Her third novel, ‘Beautiful World, Where Are You’, which was released in September, got embroiled in a scandal this week, after it was revealed on Tuesday that the 30-year-old rejected a request by a leading Israeli publisher to translate and publish it.

Modan Publishing House said it was snubbed by the author because she supported the cultural boycott of Israel, according to Haaretz. The same house translated and published Rooney’s two other books.

The news has been making waves in traditional and social media, with many critical reports focusing on the fact that Modan was hoping to publish ‘Beautiful World’ in Hebrew.

“Rooney has chosen a path that is anathema to the artistic essence of literature, which can serve as a portal for understanding different cultures, visiting new worlds and connecting to our own humanity,” Forward columnist Gitit Levy-Paz wrote in a scolding rebuke.

“The very essence of literature, its power to bring a sense of coherence and order to the world, is negated by Rooney’s choice to exclude a group of readers because of their national identity,” she added.

Levy-Paz stopped short of calling Rooney antisemitic over the decision, but said it was “dangerous” because of “the rise of antisemitism in recent years, especially in Europe.”

Similar and harsher criticisms of Rooney were flung on social media.

Some took a particular issue with the fact that she writes in English, “the most imperialist, blood-stained language the world has seen,” according to one sarcastic remark.

It remains unclear whether Rooney actually was against publishing her new book in Hebrew or simply didn’t want Modan to do it. The publisher is one of the largest in Israel and counts among its clients the Israeli Ministry of Defense, which a supporter of the Palestinian cause like Rooney might find objectionable.

The Irish author’s stance on the Israeli-Palestinian conflict is not a secret. For example, she was among thousands of people who signed an open letter by Palestinian artists calling on fellow creators “to exercise their agency within their institutions and localities to support the Palestinian struggle for decolonization to the best of their ability.” The letter was published in May in the wake of the latest surge of violence between Israel and Palestinian militants.

In 2019, she was among hundreds of artists who publicly supported Pakistani-British writer Kamila Shamsie, after her Nelly Sachs Prize was taken away from her over her support of the BDS cause.

The Israeli government considers the movement a threat to national security and has leveraged its influence in many other countries to undermine it. Some states in the US, for example, have put in place legislation penalizing individuals and businesses participating in BDS activities.