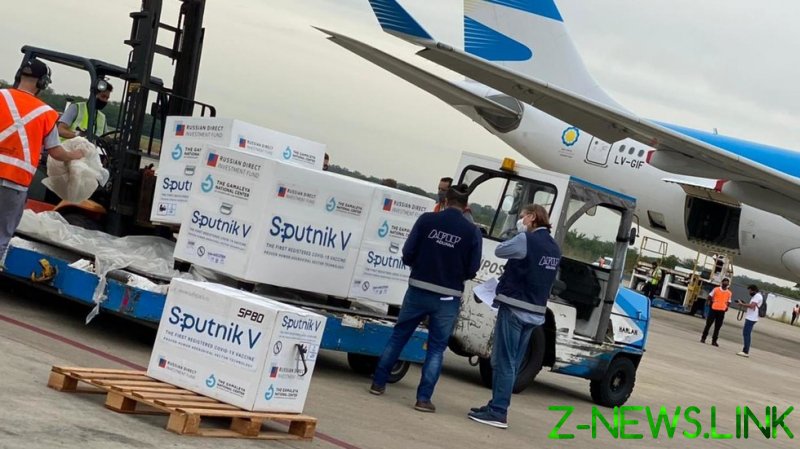 Varadkar criticized the EU’s immunization efforts at a Fine Gael party meeting on Wednesday, arguing the European Medicines Agency has been too slow to authorize vaccines and that the European Commission favored “cost over speed,” according to the Irish Independent. He added that while the EU had reached some favorable vaccine deals, the bloc was not given priority in the distribution of doses.

The deputy PM also voiced praise for the Russian-made Sputnik V vaccine, saying that it showed promising results while pointing to “good data” published this week by the UK’s prestigious Lancet journal, which found the shot to be more than 91 percent effective. Varadkar, who is a qualified doctor, told party colleagues it was “unfortunate” that the EU has yet to authorize Sputnik V, adding that he hopes this would soon change.

Varadkar’s remarks came as a number of other EU member states consider the Russian inoculation, with German Chancellor Angela Merkel saying on Tuesday that “every vaccine is welcome in the European Union” while citing the recent Lancet data. Last month, the developers of Sputnik V at Moscow’s Gamaleya Institute also said the EU was mulling the vaccine following a meeting with regulators, who are expected to review the immunization sometime this month.

Hungary, meanwhile, has already broken ranks with fellow EU members and approved Sputnik V, taking its first delivery of 40,000 doses on Tuesday. The country is set to receive two million shots over the next two months, according to Foreign Minister Peter Szijjarto.

Despite his criticisms, the Irish Tanaiste said that by spring he believes Ireland will be “awash” with vaccines, expecting to take in one million doses each month beginning in April or May. According to a new European delivery schedule unveiled this week, Ireland could obtain enough vaccine doses to inoculate half of its population by late June and is in line to receive 4.47 million shots by that time. The country has so far approved jabs developed by Pfizer and BioNTech, as well as Moderna.

To date, Ireland has tallied just shy of 200,000 coronavirus infections and some 3,500 fatalities, according to data gathered by Johns Hopkins University.