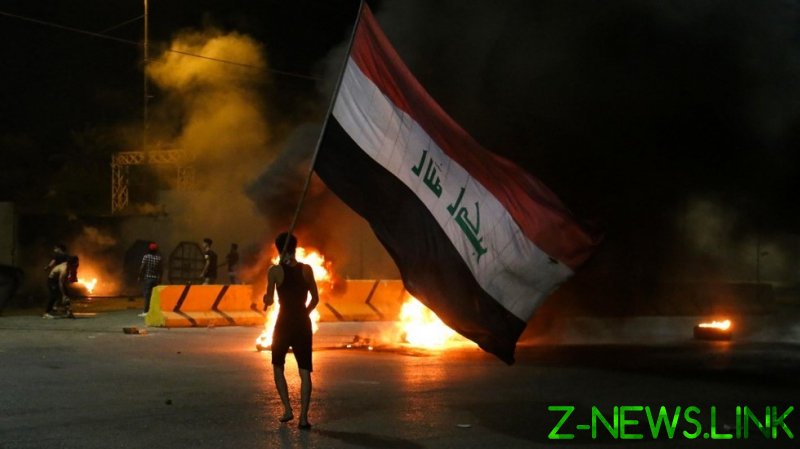 A prominent anti-government activist, Al-Wazni has been a vocal critic of Iranian influence in Iraq. He survived an attempted assassination during violent anti-government protests in 2019, but was slain by an unknown gunman on Sunday morning, outside his home in the city of Karbala.

Local authorities have pledged to find and bring to justice Al-Wazni’s killer, but activists have already blamed Iranian militia groups for the killing. “Shame on the corrupt government for not being able to protect peaceful activists from rogue Iranian-backed armed militias,” US-based activist Raya Barazanji tweeted.

Protesters there attacked the Iranian consulate during the 2019 protests, and were back on the streets within hours of Al-Wazni’s death on Sunday.

Video footage shows an angry crowd blocking roads and setting fires. One building, reportedly the Iranian consulate, is seen surrounded by protesters with its perimeter wall battered and ablaze.

Reports from activists claim that security forces at the building used live ammunition to repel protesters, and clashes between demonstrators and these forces were reported. Gunfire can be heard in the video clips, but it is still unknown whether anybody was injured or killed.

Similar protests were reported in the cities of Nasiriyah, Najaf, Wasit, and other places.