Iraq is seriously concerned about the referendum on independence for Kurds 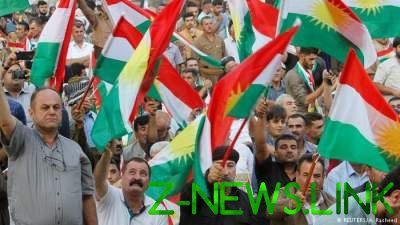 Baghdad could use force to “pacify” the discontented people.

The Prime Minister of Iraq Haider al-Abad warned that the Kurds of “playing with fire” by planning a referendum on independence.

The Prime Minister of Iraq Haider al-Abad on Saturday, September 16, threatened military intervention if the country’s population “threatens the use of unlawful force” during the planned in Iraqi Kurdistan referendum of independence. In an interview with AP, he warned that the Kurds of “playing with fire” by planning a referendum on independence on September 25.

In addition to Iraqi Kurdistan, the Kurds are going to hold a referendum in the disputed territories, took their power. “If you impugn the Constitution and if you cast doubt on the state border of Iraq and border of the region, it is an open invitation for the countries of the region to violate the Iraqi border,” – quoted by al-Abad news Agency AP.

Kurdish leader Massoud Barzani believes that the referendum will push Baghdad to negotiate and open the way for independence of the region. However, the official Baghdad says that the plebiscite will only complicate possible talks.

The UN also called on Barzani to abandon the idea of referendum and to sit down at the negotiating table with Baghdad to reach agreement over the next three years.