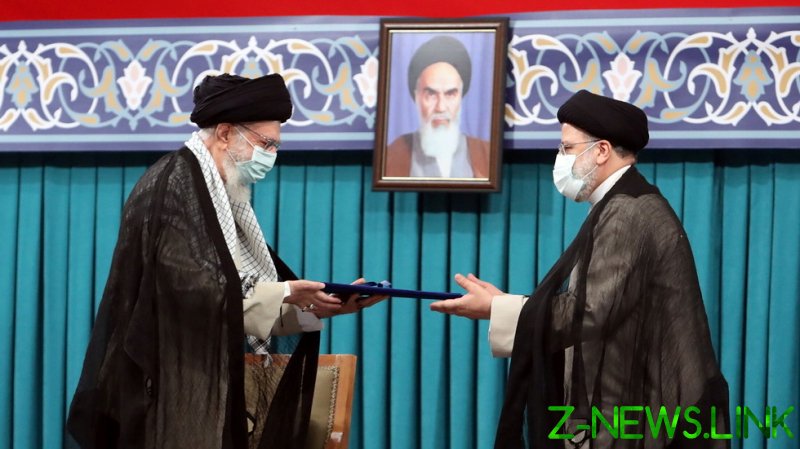 Raisi said in a televised speech to the nation on Tuesday that a mission of his presidency will be easing US sanctions on Iran, declaring that “we will seek to lift the tyrannical sanctions imposed by America.”

The new leader also promised to improve living standards, which have taken a beating from years of sanctions, upholding that his government would “not tie the nation’s standard of living to the will of foreigners.”

The ultraconservative president was endorsed by Iran’s supreme leader, Ayatollah Ali Khamenei, on Tuesday. Raisi is due to be sworn in as president before parliament on Thursday. Negotiating a nuclear deal with the US that sees fewer sanctions placed on Iran will be one of his key challenges.

Tehran and Washington have been holding indirect talks since April to restore the Joint Comprehensive Plan of Action nuclear pact, which then-president Donald Trump unilaterally withdrew it in 2018.

Raisi is also entering office amid tensions with the US and UK, as the two nations accused Tehran of being behind an attack on an Israeli tanker off the coast of Oman last week.

The former justice chief has come under fire from rights groups, such as Amnesty International, over allegations of human rights abuses and crackdowns on dissident Iranians and protestors in the country, dating back to the 1980s.

Raisi won the Iranian presidential election in June after gaining almost 18 million ballots in his favor, about 62% of the vote. However, the Islamic Republic recorded its lowest voter turnout, with under half of the electorate voting.