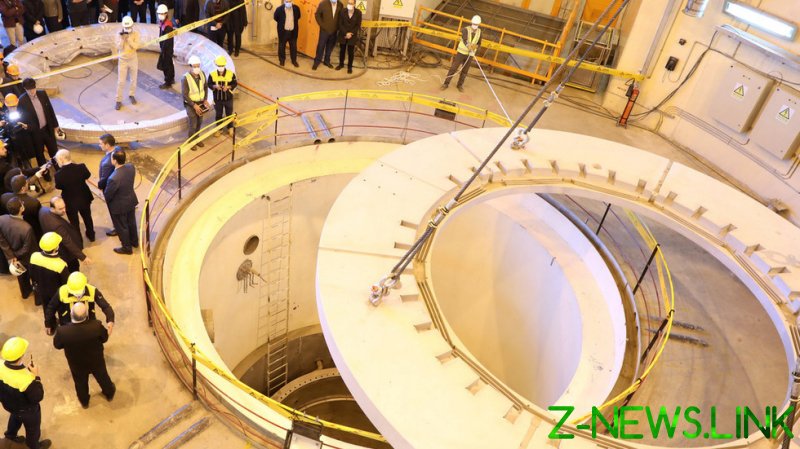 Spokesperson for the AEOI Behrouz Kamalvandi laid out the plan in a statement made to Iranian media outlets on Friday. Although a specific date wasn’t given, the official said it would take place early in the Iranian new year, which begins on March 20.

The process of cold testing was described as a reflection of the “advanced work” Iran has made in “the field of fuel, storage, etc,” with fluid systems and support systems set to be checked during the process.

The Iranian government had said that it would close the Arak reactor as part of its obligations under the 2015 Iran nuclear deal. Since America’s withdrawal from the agreement, though, the country has openly increased its nuclear activities significantly.

The site is located 155 miles southwest of Tehran, with Iran claiming that they have been redesigning the reactor to allow them to make isotopes that can be used for agricultural or medical purposes.

The AEOI’s statement follows a report earlier this week from the International Atomic Energy Agency (IAEA) that claimed Iran has begun enriching uranium at an underground plant, Natanz – another violation of the nuclear deal.

At the start of 2021, Iran began enriching uranium to 20% purity once again at its Fordo plant, previously its most serious violation of the 2015 nuclear restrictions. However, this is still well below the 90% purity level required for weapons-grade uranium in nuclear bombs.

Under the Trump administration, the United States pulled out of the Iran nuclear deal, claiming it had failed its goal of curbing Tehran’s nuclear programme. Following the election of President Joe Biden, Iran has called on America to lift all the sanctions imposed under the previous president and revive the deal, while the US has stalled its return, wanting Iran to return to its commitments under the deal first. Iran, meanwhile, says it is the US that should make the first move.