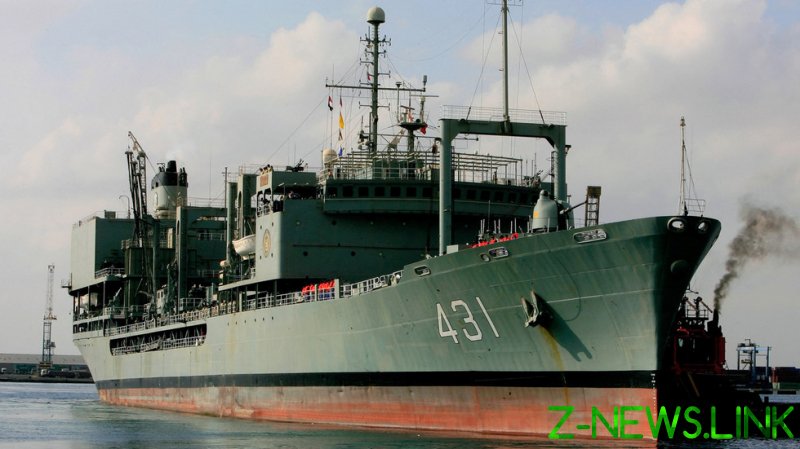 The ship, which was the largest in terms of tonnage operated by the Navy, sank early Wednesday, Iranian media reported, citing the Navy’s second maritime zone in Jask.

“All efforts to save the vessel were unsuccessful and it sank,” Iran’s semi-official Fars News Agency said.

The Kharg caught fire on Tuesday, and the blaze raged for around 20 hours before the vessel sank. All crew members reportedly disembarked from the burning vessel, with no information on potential casualties immediately available.

Footage circulating online purportedly shows the vessel at sea with open flames visible on the stern.

The burning ship emitted a large plume of smoke visible from the Iranian coast, another video shows.

The Kharg was a large British-built fleet replenishment tanker, which was used by the Iranian Navy since the early 1980s. The blaze hit the vessel during a “training naval operation,” and the cause of the fire has yet to be determined. The ship had light armament and was capable of carrying three helicopters on board, one on the helipad and two more stashed in hangars.

The fire is the latest in the series of incidents that have plagued Iranian vessels over the past few months. In early April, the Iranian cargo vessel MV Saviz, anchored off Yemen in the Red Sea, came under attack, sustaining “minor damage.” According to Iranian authorities, the vessel has been used as a logistics hub for anti-piracy operations in the region.