Iranian Hulk ridiculed as ‘photoshopped’ by rival ahead of boxing bout 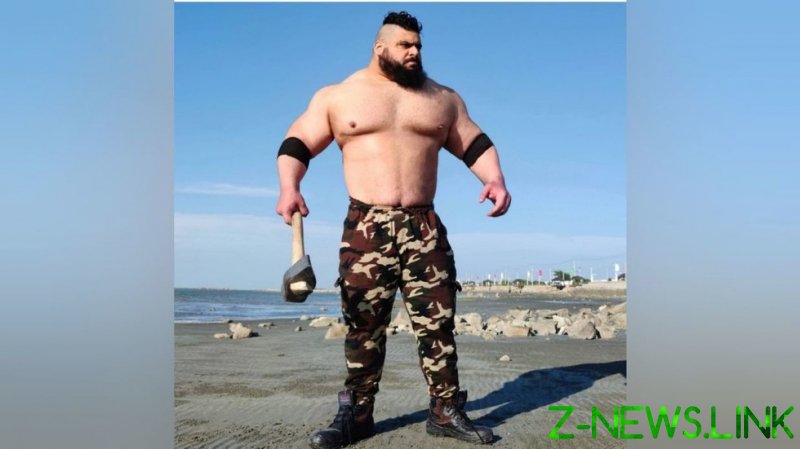 The man known as ‘The Iranian Hulk’ Sajad Gharibi has commanded a hefty social media following due to his gigantic, comic book-style 370lbs frame but the man who is set to step into the boxing ring with him, the 6ft 8in Brit Martyn Ford, says that computer wizardry has played a part in the rise of the Instagram phenom.

Ford and Gharibi are set to square off in the boxing ring on April 30 after years of back-and-forth sparring on social media, but Ford – who has been dubbed ‘The World’s Scariest Man’ – says that fight fans are in for a surprise when the two behemoths stand toe-to-toe in the ring.

“He was not what I expected,” Ford told the Daily Star of his first time meeting the Hulk in person.

“I think he’s just fooled the world with photoshop, if I’m honest. Seeing him in real life is not as impressive as seeing him in pictures.

The two giants almost gave fans an early appetizer ahead of their fight at the O2 Arena in London next month when they engaged in a tense shoving match at a promotional engagement – something that a regretful Gharibi later said brought shame to his family.

“I cannot call my family; when I returned [to Iran] I didn’t go to my family,” he said while in tears on Iranian television. “I can’t talk to my father and my mother, when I spoke to her, said: ‘The person in this video that I saw was not my son, my son is way stronger than this.‘”

The videos which emerged from that shoving match also appear to back up Ford’s statements as to the ‘tiny’ Iranian Hulk, as he appeared to easily handle the strongman when the pushing match ensued.

The fight between the two will come just weeks after another pair of muscle-bound stars, Eddie Hall and ‘Game of Thrones’ star Thor Bjornsson took part in a boxing match which was won by the Icelandic giant – and the man known on the hit HBO series as ‘The Mountain’ has already stated his intention to fight Ford after the Englishman referred to him as ‘soft’ in the aftermath of his boxing match with Hall.