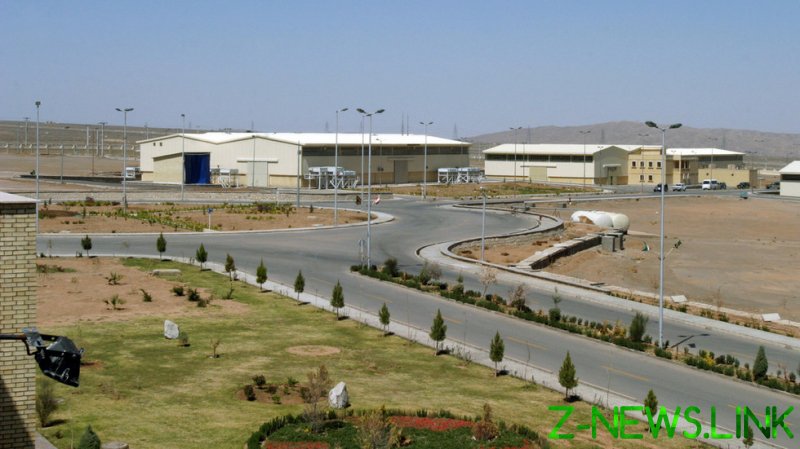 “The leadership [of Iran] has explicitly stated that the production of nuclear weapons is against Sharia law, and the Islamic Republic forbids it, but if a cat gets backed [into a] corner, it may act as it wouldn’t have acted while free,” Alavi said, as cited by Iranian media.

If they push Iran in this direction, it won’t be the fault of Iran, but the fault of those who have pushed Iran.

At the same time, Alavi said Iran’s nuclear program is peaceful and the country does not have plans or intentions to build nuclear weapons in “normal circumstances.” He also stated that the US must immediately lift the sanctions against Iran and compensate the losses from the “illegal” restrictions.

Iranian Foreign Ministry spokesperson Saeed Khatibzadeh told reporters at a press briefing on Monday that the US must be the first to return to the 2015 landmark deal on Iran’s nuclear program, known as the JCPOA (Joint Comprehensive Plan of Action), as it was the first to abandon it.

“The US was the party to leave the negotiation table and the JCPOA. We wait for the other side to fully fulfill its commitments; then, we will follow the path of returning to our obligations,” Khatibzadeh said.

Under the JCPOA, Iran agreed to severely limit its nuclear program in exchange for the lifting of international sanctions. The accord was also signed by China, Russia, Britain, France, Germany, and the EU.

The deal started falling apart in 2018, when Donald Trump’s administration unilaterally withdrew from the treaty, re-imposed previous sanctions on Iran, and enacted new ones as part of it ‘maximum pressure’ campaign on the Islamic Republic.

Iran responded by gradually rolling back its own commitments under the JCPOA, and has begun to raise the level of uranium enrichment at its chief nuclear site. Tehran claims that it will return to compliance with the 2015 deal if the US does so first and drops the sanctions.