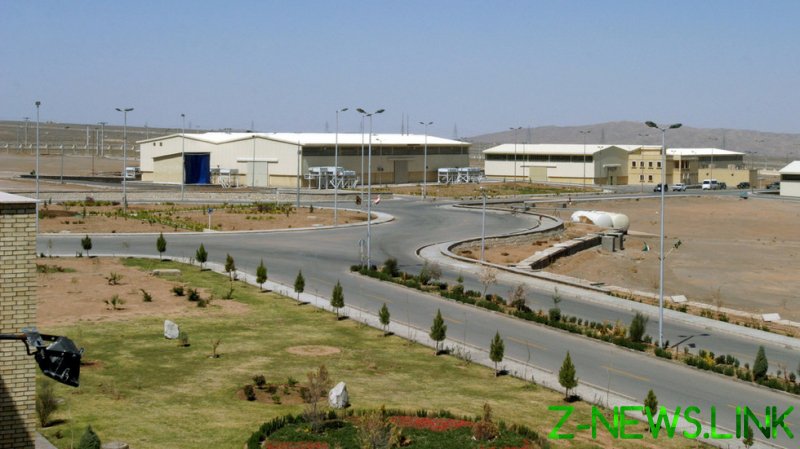 Speaking alongside his Russian counterpart on Tuesday, Iranian Foreign Minister Mohammad Javad Zarif said that Israel had made a “very bad gamble” by sabotaging the Natanz nuclear site.

The foreign minister contended that Iran’s hand in the renegotiation of the Joint Comprehensive Plan of Action (JCPOA), the now-abandoned 2015 pact limiting Tehran’s nuclear ambitions, had been strengthened by Israel’s sabotage. “The Israelis thought the attack will weaken our hand in the Vienna talks, but in contrary it will strengthen our position,” Zarif said.

Zarif also said that Natanz would continue to be an important nuclear enrichment site for Tehran. “I assure you that in the near future more advanced uranium enrichment centrifuges will be placed in the Natanz facility,” he stated.

Zarif thanked Moscow for its “strong stance against the sabotage in Natanz” and called on Washington to return to its commitments under the JCPOA without delay.

The underground Iranian nuclear facility at Natanz experienced a power outage on Sunday. Iranian Foreign Ministry spokesman Saeed Khatibzadeh called the suspected Israeli sabotage “an act against humanity,” because the damage done to the plant could have caused a disaster.

Israel has not taken responsibility for the act, but Israeli media claimed Mossad, the country’s intelligence agency, was behind the attack.

Iran has also labelled Israel’s alleged involvement in the attack on the nuclear site as an attempt to provoke Tehran and derail talks in Vienna, which aim to bring Iran and the US back in line with the 2015 pact which President Donald Trump unilaterally left in 2018. If successful, crippling sanctions against Iran would be removed.