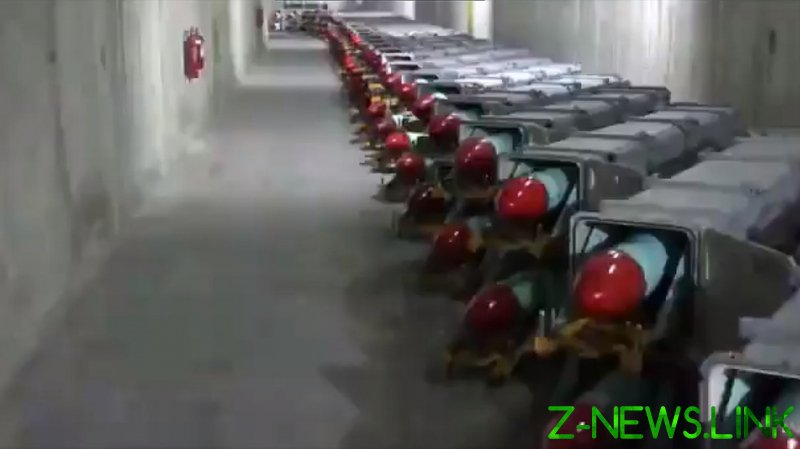 The “missile city” city was shown on Iran’s state TV, with the head of the IRGC’s naval unit revealing the site and showing video footage that had been filmed inside the base.

The new site is the latest addition to Iran’s underground missile bases, known as “missile cities,” with the country having an unknown number of the locations in various provinces and cities.

It’s not completely clear what arsenal is being stored at the new location but previous “missile cities” have housed missile columns, launch systems, precision-guided weapons and other military equipment.

This is not the first time that the IRGC has shown footage of a “missile city,” with Salami and Tangsiri unveiling a similar site on the coast earlier this year, as part of Iran’s work to boost its “deterrent defensive and offensive power.”

The inauguration of the new site follows a press conference in Tehran that was held by Salami to praise the nation’s success at fighting off plots against the Iranian government.

Speaking to the media, Salami decried attempts to put pressure on Iran, arguing that Western attempts to restrict the nation’s power have failed to cripple the country or reduce its military strength.

The announcement of the new “missile city” comes amid growing tension between Iran and the United States over America’s delayed return to the Iran nuclear deal, with Tehran warning that, if the Biden administration doesn’t act quickly, an agreement could be delayed until after the Middle Eastern country’s presidential election.