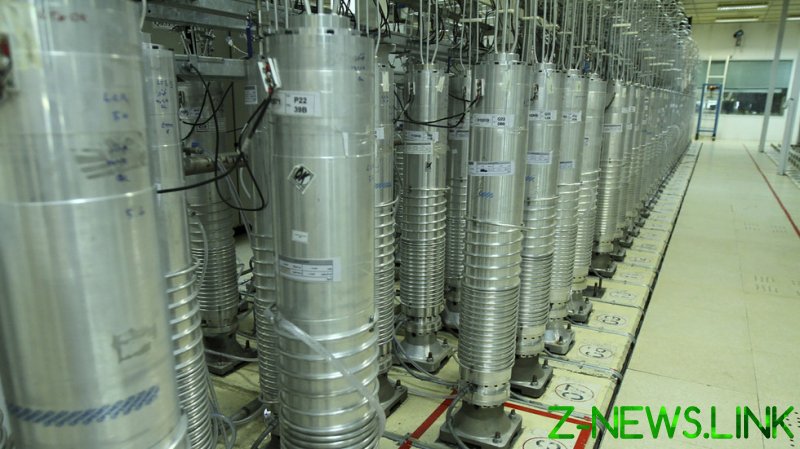 “Our law is very clear regarding this issue. But it does not mean Iran will stop other inspections by the International Atomic Energy Agency,” he told a news conference.

It comes after the Iranian Parliament approved a bill in December forcing the government to suspend IAEA inspections and to step up uranium production if European signatories to the 2015 nuclear deal failed to lift sanctions on Iran.

In 2018, Donald Trump pulled the US out of the deal – officially called the Joint Comprehensive Plan of Action (JCPOA) – and reintroduced sanctions against Iran as part of his “maximum pressure” campaign.

On Tuesday the Iranian Foreign Minister Mohammad Javad Zarif called for the new Biden administration to provide sanctions relief for Iran in return for Iranian compliance with the JCPOA.

“If these problems are solved, then we will come back to comply fully with the JCPOA. We will welcome the IAEA inspectors just as the protocol says,” Zarif said at a press conference, after a meeting with his Russian counterpart Sergey Lavrov.

The JCPOA was signed in 2015 between Iran, Russia, the UK, France, Germany, the US, China and the EU.

On Tuesday Zarif also called on Russia to continue with the agreement and for Biden to declare his stance on the situation.

The US President previously said he was open to returning to the agreement.

After the US withdrawal from the JCPOA, Iran ramped up its nuclear activities, including enriching uranium to a purity of 20 percent, a move that breaches the 4.5-percent purity limit set out in the deal.