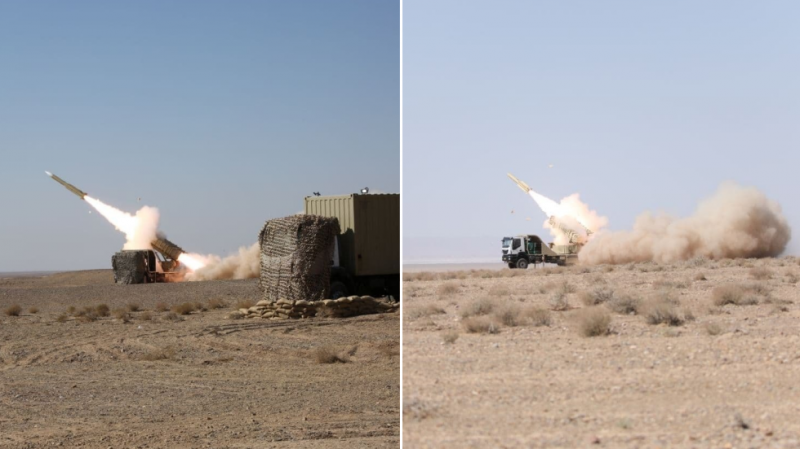 On Tuesday, the Iranian army test-fired the Mersad-16 missile system in the Dasht-e Kavir desert in the north-central province of Semnan, Iranian media reported.

The indigenously developed hardware is made to intercept high-speed targets such as cruise missiles at low altitudes, Brigadier General Mohammad Khoshghalb, Deputy Chief of Operations of the Army Air Defense said.

Khoshghalb said the surface-to-air missile system is particularly advanced, featuring electronic warfare capabilities, and has been produced using 100% Iranian technology. He claimed the hardware had proven itself and was ready to be put into action defending Iran from hostile parties.

The system trialed on Tuesday is intended to build on existing capacity to neutralize incoming hostile targets, adding a host of improved and new defense innovations to the previous model. It is entirely mobile, and incorporates new Iranian radar technology (Hafez and Najm-804) and a new missile, called ‘Shalamcheh 2’, according to the Mehr semi-official news agency.

Iran has publicly rolled out numerous new systems over the past year amid increasing tensions with the US and its allies. The nation prides itself on its indigenously built defense capabilities.

In May amid the escalating conflict between Israel and the Palestinians, Iran unveiled three new defense capabilities including the ‘Quds’ radar system, a surface-to-air missile system dubbed ‘9-Day,’ and a drone called ‘Gaza’ with a 2,000km operating range.