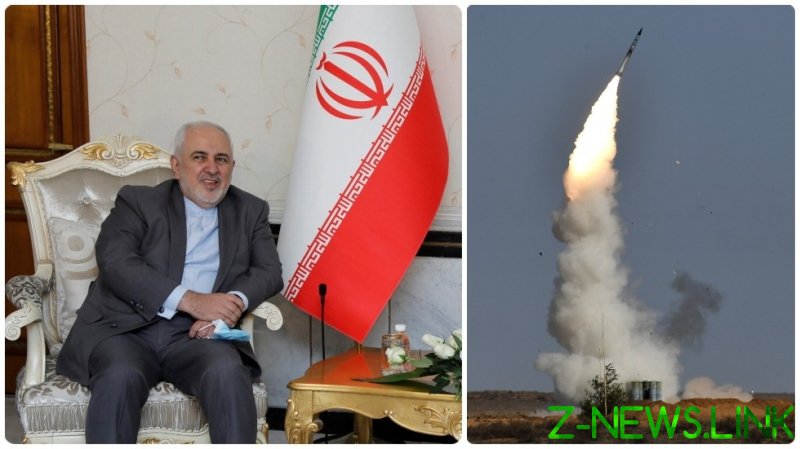 In a damning tweet on Tuesday, Foreign Minister Javad Zarif said the US showed its “addiction to sanctions and contempt for international law” by targeting Turkey, and expressed support for the country.

It was a rare gesture of solidarity between two neighbors that rarely get along. Iran and Turkey are on opposing side of Islam’s sectarian divisions and have clashed on a range of issues, most visibly in Syria, where they support competing parties of the protracted civil war.

The US announced sanctions against Turkey on Monday, citing Ankara’s “significant transactions with Russia’s defense and intelligence sectors,” and in particular the purchase of the S-400 systems. Turkey bought the long-range surface-to-air missiles in 2017 after spending years selecting a weapons system to fill a gap in its national defense. Ankara said it chose the Russian product after its NATO allies failed to provide for its needs, and began receiving the hardware last year.

The US has already punished Turkey for its defense dealings with Russia by kicking it out of the F-35 fighter jet program. Washington claimed that the Russian weapons could be used to spy on the warplane if it is deployed in Turkey. It also said the S-400 is incompatible with NATO equipment and would thus undermine the strength of the military alliance.

The new sanctions were imposed on Turkey’s military procurement agency, the Presidency of Defense Industries, and include a ban on most export licenses, loans, and credit lines. Four officials, including the agency’s head, were slapped with individual sanctions as well. Ankara called the move a “grave mistake.”

Iran itself has lived under US sanctions for decades, which were boosted under the Trump administration’s ‘maximum pressure’ campaign. The sanctions are meant to undercut Iran’s oil exports and threaten anyone doing business with Iran. The harsher stance was taken after the US rejected the 2015 nuclear deal with Iran, which imposed limits on its nuclear program in exchange for the lifting of sanctions and business opportunities for the Iranian economy.