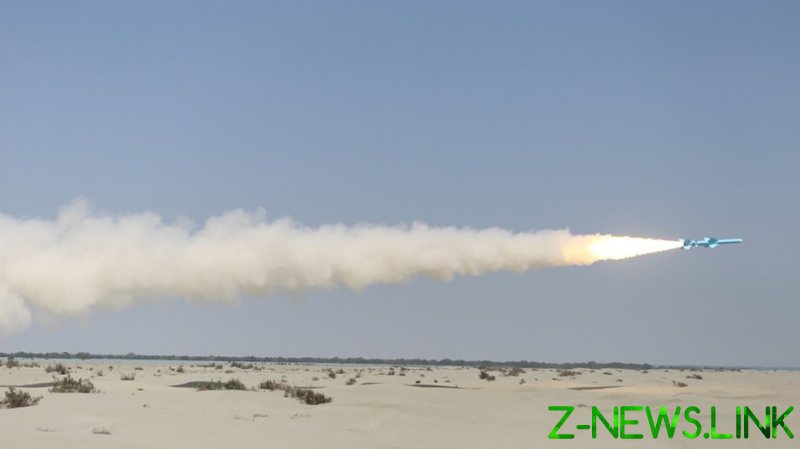 On Friday, reports and videos emerged from Iran showing the nation’s latest display of military strength. The war games are the first phase of a drill by the Islamic Revolutionary Guard Corps’ (IRGC) entitled Payambar-e Azam 15 (‘The Great Prophet 15’), which sees the armed force undertake drone and missile attacks on dummy targets.

Videos published online by state and local media show the impressive sight of the missiles emerging out of the desert, as well as footage of drone strikes on predetermined targets.

On Wednesday, Iran kicked off a two-day missile exercise in the Gulf of Oman, code-named Eqtedar-99 (‘Power’), amid rising regional tensions and during the final week of the Trump administration.

The exercise started with the formal handover and launch of the ‘forward base ship’ Makran, a 228-meter converted oil tanker. Speaking during the handover ceremony, General Salami said the base will “protect the country’s integrity and sovereignty.”

Tensions between Iran and the US have been further heightened in recent weeks following Iran’s seizures of a South Korean tanker and Washington’s decision to send a submarine to the Persian Gulf. The Pentagon has also reversed its decision to pull the aircraft carrier USS Nimitz from the Middle East.

On Thursday, Iranian media published videos showing footage of a submerged US Navy submarine. The footage was allegedly taken in the vicinity an Iranian Navy training exercise near the Strait of Hormuz.