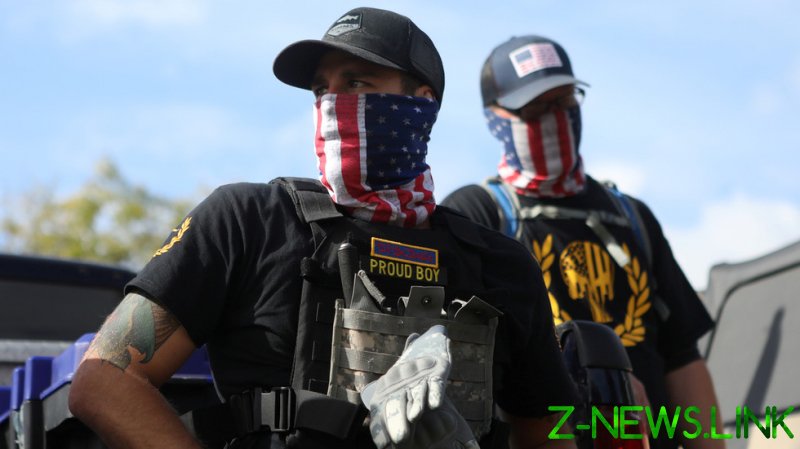 Some registered Democrats in Alaska and Florida reported receiving threatening emails telling them the Proud Boys were “in possession of all your information” and ordering them to vote for US President Donald Trump “or we will come after you.”

Ratcliffe said that Iran seems to have obtained voter information and used it to send the emails, calling it “desperate attempts of desperate adversaries.”

Though Ratcliffe mentioned Russia alongside Iran, he said the US intelligence has not seen any actions, only access to some voter information “just as they had in 2016.”

Wray urged Americans to get their voting information from trusted sources, such as state election officials, and said the FBI was “coordinating with the private sector, both technology and social media companies, to ensure their platforms aren’t used by foreign actors to spread disinformation and propaganda.”

Ratcliffe and Wray left without taking questions from the press. Shortly before their appearance, the Washington Post reported about the alleged Iranian campaign, citing Homeland Security officials who spoke to reporters on background, without names.

The metadata from the emails pointed to servers in “Saudi Arabia, Estonia, Singapore and the United Arab Emirates,” according to analysts cited by the Post.

Trump’s critics such as the former Republican consultants – now backing Democratic candidate Joe Biden – had seized on the emails as proof the president was trying to engage in voter intimidation ahead of the November 3 election.

The alleged fake email campaign is not the first time US intelligence has asserted Iranian ‘election meddling’ efforts. In a statement issued in August, National Counterintelligence and Security Center head William Eviana warned that Tehran “seeks to undermine US democratic institutions” using “on-line influence” and “disinformation on social media.” No evidence was given for the claims.

The same August statement also rehashed long-running allegations about Russian interference, accusing Moscow of working to “denigrate former Vice President Biden” ahead of the November election. But despite near-endless proclamations of Russian meddling from American pols and the corporate press since Trump took office nearly four years ago, no clear evidence has ever been adduced to support the charge, which Moscow has denied repeatedly. A two-year special counsel probe failed to uncover a conspiracy between the Kremlin and the Trump campaign during the 2016 race, while claims of a Russian hacking and social media operation have largely fallen apart, supported by only the claims of US intelligence agencies.