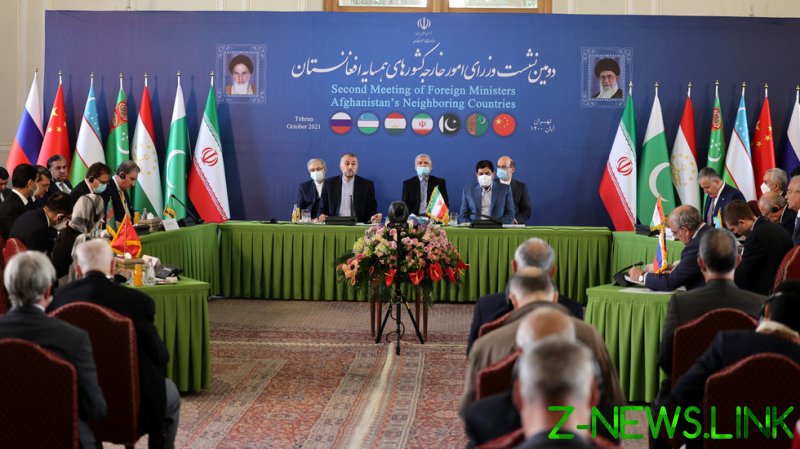 Speaking in an interview with the Mehr news agency on Monday, Saeed Khatibzadeh reiterated Tehran’s approach towards the situation in Afghanistan, stressing that Iran rejects any third-party attempt to impose a “one-sided” mechanism on the country.

“What the Islamic Republic of Iran has always emphasized is that we participate in and support and welcome any regional mechanism regulated without the interference of trans-regional countries,” Khatibzadeh stated.

The spokesman explicitly stated that the country will never join any mechanism on Afghanistan designed by a country not belonging to the region, and specifically by the United States. At the same time, Tehran is ready to cooperate with other countries within the UN framework, Khatibzadeh added.

Speaking at the event via a video link, Russian Foreign Minister Sergey Lavrov reiterated Moscow’s call for the region’s countries to refuse to host US or NATO troops following their withdrawal from Afghanistan.

“We once again request that Afghanistan’s neighboring countries prevent the military presence of the US and NATO on their soil, as they plan to move in there in light of the troop withdrawal from Afghanistan,” Lavrov said.

At the same time, the top diplomats acknowledged the willingness of the Taliban, which has been in charge of the country since the collapse of the Western-backed government, to negotiate with the international community.

“The Taliban are eager to have dialogue with the world,” Chinese Foreign Minister Wang Yi said at the Tehran conference, also by video link, announcing that Beijing will host the next meeting of the Afghanistan’s Neighbors group.

Following decades of never-ending wars, Afghanistan has been plunged into even more uncertainty this year amid a massive offensive by the Taliban, facilitated by the hasty departure of US and its allies. The country’s President Ashraf Ghani fled the country on August 15, paving the way for a full Taliban takeover, with the militants seizing the capital city of Kabul meeting with little to no resistance.