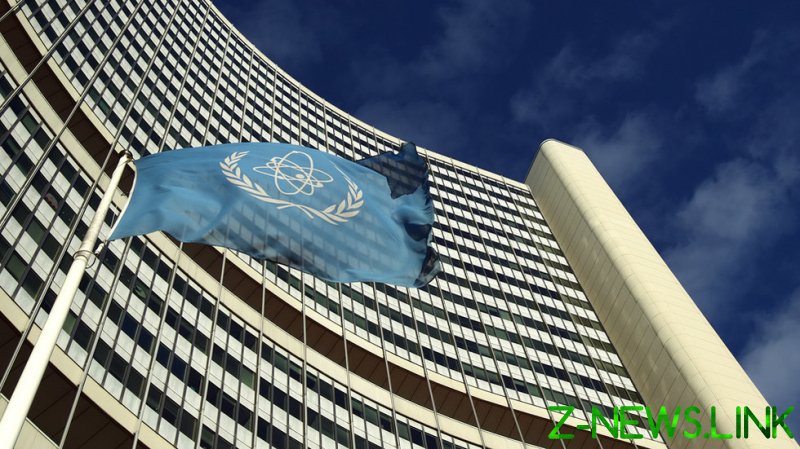 “The agreement has expired… any of the information recorded will never be given to the IAEA and the data and images will remain in the possession of Iran,” Mohammad Baqer Qalibaf said during a parliament session on Sunday.

Those recordings were made in offline format and they’re going to be stored in Iran in full compliance with the country’s laws, he said, as quoted by Iran’s semi-official Tasnim news agency.

Iran’s Supreme National Security Council is expected to decide, at its first session after the deal’s expiration, whether to prolong the monitoring agreement, Mahmoud Vaezi, chief of staff to outgoing Iranian President Hassan Rouhani, said midweek.

The deal, which IAEA and Iran signed after Tehran decided to reduce cooperation with the agency in February, allowed the watchdog to keep receiving at least some data about Iran’s nuclear activities. It was agreed for a three-month period and later extended for another month.

But earlier this week the monitoring deal expired, after a letter from IAEA with an offer to extend it again or to sign a new one went unanswered by Tehran.

IAEA chief Rafael Grossi called on Iran to provide “an immediate response” on the crucial matter, but was brushed off by Iranian envoy to the IAEA, Kazem Gharibabadi, who insisted that his country “was not required to comply” with the demand.

Gharibabadi later said on Twitter that past data recording was “a political decision” by Tehran aimed at facilitating the talks on the US return to the Iranian nuclear deal and “shouldn’t be considered as obligation.”

On Friday, US Secretary of State Antony Blinken warned that Iran’s reluctance to cooperate with the IAEA could negatively affect the outcome of the ongoing talks to revive the so-called Joint Comprehensive Plan of Action (JCPOA).

The JCPOA, which Tehran and six world powers signed after years of diplomatic efforts in 2015, saw Iran curbing its military nuclear program in exchange for the lifting of international sanctions.

But in 2018, then-President Donald Trump unilaterally withdrew the US from the landmark deal and imposed new sanctions against Iran, much to the shock of other signees – China, France, Russia, UK, Germany and the EU. The move by Washington prompted Tehran to renege on some of its commitments under JCPOA, including intensifying its uranium enrichment.

Indirect talks between Washington and Tehran have been under way in the Austrian capital Vienna since April, as Joe Biden, who replaced Trump in the White House, has expressed eagerness to restore the agreement.

The negotiations are currently on pause, likely until early July, with differences still not settled between the sides. Washington says that a deal will only be struck after Iran returns to full compliance with JCPOA, but Tehran insists that US sanctions must be lifted first.