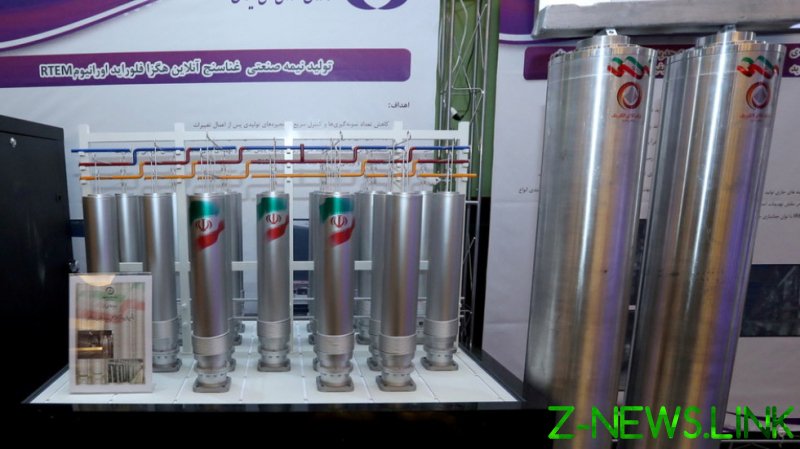 The move means Iran is still some way off reaching the 90% purity level for uranium that is needed to make nuclear weapons – a goal the US and other Western nations fear Tehran is pursuing, but which it denies.

On Tuesday, Iranian media quoted government spokesman Ali Rabiei as confirming the development, while adding that Iran has also produced 108kg of uranium enriched to 20% purity.

This means Iran has reached the 20% level more quickly than is required under a law passed in December in response to US sanctions. The legislation also blocked UN inspectors from Iranian nuclear sites.

President Hassan Rouhani had announced the move towards 60% uranium enrichment in April in response to an alleged Israeli sabotage attack on Iran’s underground Natanz nuclear facility.

“Under parliament’s law, the Atomic Energy Organization was supposed to produce 120kg of 20% enriched uranium in one year. According to the latest report, we now have produced 108kg of 20% uranium in the past five months,” Rabiei said on Tuesday.

The disclosure comes amid the sixth round of US-Iranian talks in Vienna, aimed at resurrecting the 2015 nuclear deal – the Joint Comprehensive Plan of Action (JCPOA) – under which Iran agreed to limit its nuclear activities in exchange for sanctions relief.

Former US president Donald Trump announced America would withdraw from the landmark accord in 2018 and reimpose sanctions on Iran, prompting Tehran to start breaching its JCPOA commitments, including by ramping up its uranium production.

On Monday, Iranian Foreign Ministry spokesman Saeed Khatibzadeh said an agreement had been reached between both parties to lift US sanctions on Iran’s industrial sectors, but warned that there is “little time left” to secure a full consensus on the JCPOA’s revival.