Home / WORLD / Iran says it could enrich uranium to 90% purity if it wanted to, but is ‘not seeking weapon’ as nuclear deal talks restart

Iran says it could enrich uranium to 90% purity if it wanted to, but is ‘not seeking weapon’ as nuclear deal talks restart 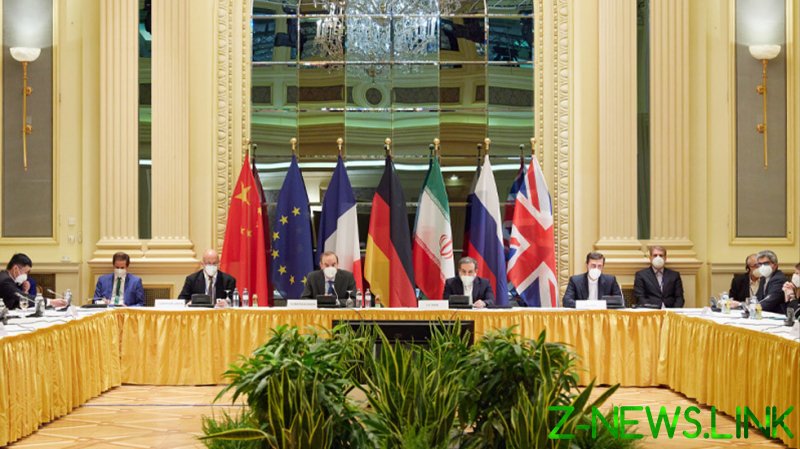 This week, Iran announced it would start enriching uranium to 60% purity after reporting an alleged Israeli sabotage attack at its Natanz nuclear facility, a move it said was intended to undermine indirect Iranian-US negotiations for a return to the 2015 agreement.

Speaking on Thursday, Rouhani dismissed US and European concerns about Iran moving toward weapons-grade uranium.

He also said Tehran would resume commitments under the deal, known as the Joint Comprehensive Plan of Action (JCPOA), once Western signatories uphold their side of the bargain.

“We could have done 60% [enrichment] before. Today we can do 90% enrichment if we want to, but we are not seeking a nuclear bomb,” he said during the inauguration of petrochemical projects.

“Whenever you return to the JCPOA commitments, we will return to our obligations immediately and our enrichment will not be above 3.67% as allowed by the JCPOA,” he added, according to the Mehr news agency.

France, Britain and Germany have expressed “concern” at Iran’s plans to achieve 60% enrichment and to install 1,000 additional nuclear centrifuges at Natanz.

The ‘E3’ trio signed the JCPOA in 2015, along with Russia, China, Iran, the EU and the US, before President Donald Trump announced America’s unilateral withdrawal from the deal in 2018.

The deal’s other signatories are mediating indirect talks for the agreement’s revival between Iran and the US in Vienna, with discussions resuming on Thursday.

The parties have agreed to try and compile a list of US sanctions that could be lifted alongside nuclear commitments Iran could return to, according to Reuters. Washington has previously demanded Iran uphold its commitments under the nuclear deal before providing sanctions relief.

Under the JCPOA, Iran is not permitted to enrich uranium to a higher purity than 3.67%, while there are also limits on the centrifuges it can use and the amount of uranium it can stockpile.

The country began breaching its JCPOA commitments after Trump announced the US’ withdrawal from the deal and imposed a “maximum pressure” campaign of sanctions against Tehran.