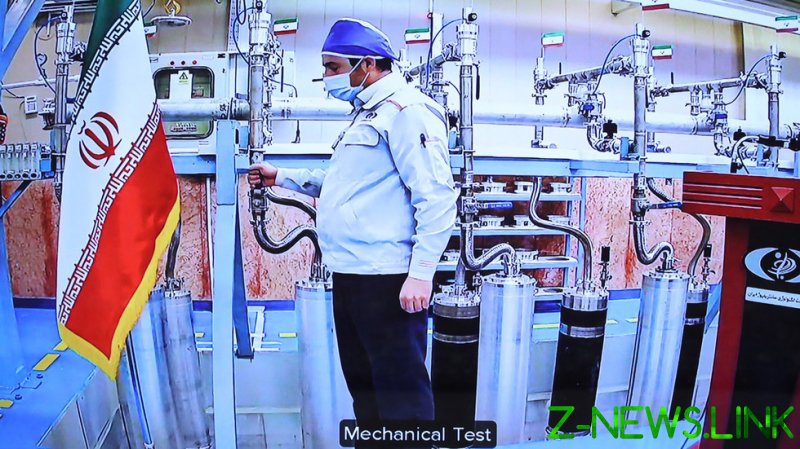 Iran reserves the right to “take action” against those behind the incident at the Islamic Republic’s nuclear facility in Natanz, the head of the nation’s Atomic Energy Organization, Ali Akbar Salehi, told state TV on Sunday.

He called the incident at the plant an act of “nuclear terrorism.”

Iran “condemns this heinous act,” Salehi said, calling on the international community and the International Atomic Energy Agency (IAEA) in particular to “deal” with the act of “nuclear terrorism.”

The incident at the plant was earlier described as an “electricity problem” at a power grid in Natanz. “Fortunately, the incident did not cause any human injuries or pollution,” Behrouz Kamalvandi, the spokesman for Iran’s Atomic Energy Organization (AEOI), said earlier on Sunday.

A member of the Iranian parliament’s Energy Commission, Malek Shariati Niasar, also described the incident as “very suspicious,” and said he had assumed it might potentially be “sabotage and infiltration,” since it took place around the National Day of Nuclear Technology.

The event reportedly caused a blackout in the electricity distribution network of the Shahid Mostafa Ahmadi Roshan nuclear facility in Natanz. Further details have not been made public and the causes of the incident are currently “under investigation.”

Israeli media reported that the incident was likely caused by a cyberattack, while the Times of Israel has openly claimed, citing “Western intelligence sources,” that Mossad was “behind” the power cut in Natanz. There have been no official statements from Israeli officials so far, however.