Home / WORLD / Iran ‘not after nuclear weapons,’ says Tehran as US suggests it almost has enough ‘fissile material’ for atomic bomb

Iran ‘not after nuclear weapons,’ says Tehran as US suggests it almost has enough ‘fissile material’ for atomic bomb 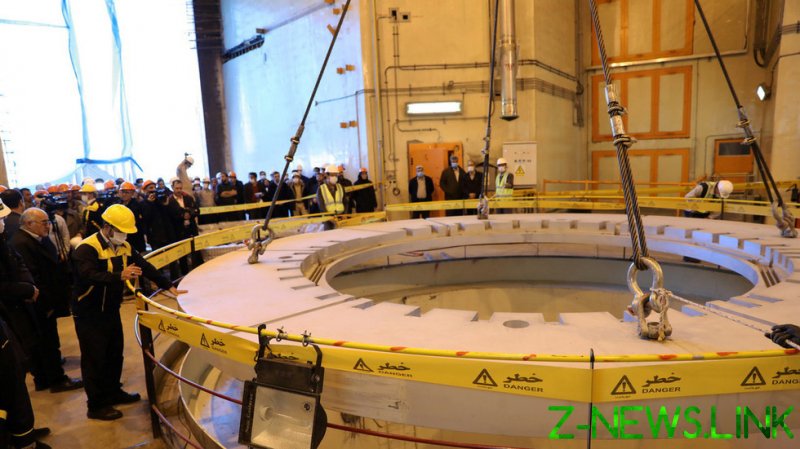 “Iran has not been and is not after nuclear weapons,” said Iranian Foreign Ministry spokesman Saeed Khatibzadeh on Monday, as he rebuked the remarks of White House National Security Advisor Jake Sullivan.

“We advise the US to take a lesson from four years of Iran’s resistance and Trump’s maximum failure and return to the correct path of interaction,” Khatibzadeh added.

The spokesman told reporters that the production and use of weapons of mass destruction is forbidden by religious law in Iran and under the fatwa issued by Supreme Leader of the Islamic Revolution Ayatollah Seyyed Ali Khamenei.

“When an atomic bomb is detonated, it does not just kill enemies. Rather, it kills innocent people as well, and this goes against Islamic beliefs and the principles of the Islamic Republic of Iran,” Khamenei’s decree reads.

The comments by Khatibzadeh come after the White House national security advisor said on Friday that Iran was getting closer to having the capacity to develop a nuclear weapon.

“From our perspective, a critical early priority has to be to deal with what is an escalating nuclear crisis as they (Iran) move closer and closer to having enough fissile material for a weapon,” Sullivan told an online program sponsored by the US Institute of Peace.

Earlier in January, Iran hollowed out the remains of the Joint Comprehensive Plan of Action (JCPOA), which was signed between Iran and six major global powers in 2015 to put constraints on Tehran’s nuclear ambitions by upping its uranium enrichment to 20 percent.

The new figure is much higher than the 3.67 percent level agreed in the 2015 pact, but still far below the 90 percent level that is considered weapons-grade.

On Thursday, Iranian Parliament Speaker Mohammad Bagher Qalibaf announced that by the end of the month Iran will have produced more than 17kg of 20 percent-enriched uranium, considerably exceeding monthly targets.