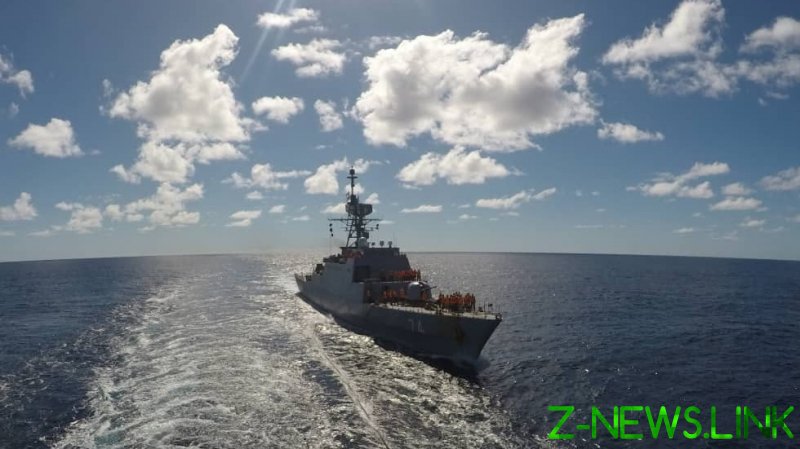 On Thursday, Rear Admiral Habibollah Sayyari, the deputy chief of Iran’s Army for coordination, announced that two vessels, both indigenously developed, had reached the Atlantic Ocean following a near 6,000 nautical mile journey.

“The 77th strategic naval fleet of the Navy, comprising of the ‘Sahand’ destroyer and the ‘Makran’ ship, is present in the Atlantic Ocean for the first time to demonstrate the capabilities of Iran in the maritime arena,” Sayyari told gathered media.

He stated that the presence of Iranian vessels in the Atlantic reflected their belief in the inalienable right of the Iranian Navy to sail international waters.

“The fleet departed from Bandar Abbas on May 10 and after a long journey after thirty days of navigation and crossing the Cape of Good Hope, traveling 6,000 nautical miles (nearly 12,000 kilometers), is currently in the Atlantic Ocean,” the military chief said, adding that the two ships would continue their voyage to the North Atlantic.

He added that the Iranian Navy is dedicated to its mission to protect Iran’s maritime territory and safeguard its resources and interests at sea.

Iran has invested substantially in indigenously produced naval technology in recent years amid increasing tensions with the US, Israel, and their Western allies. In February, Iran unveiled 340 new missile-firing speedboats shortly after the launch of the forward-base ship, Makran, a 228-meter converted oil tanker.

In recent months, the US Navy has claimed that Iranian nuclear vessels have become increasingly assertive, accusing Tehran’s Navy of “unsafe and unprofessional” conduct. Iran returned the compliment, accusing the US of “unprofessional behavior” and “provocative shooting.”