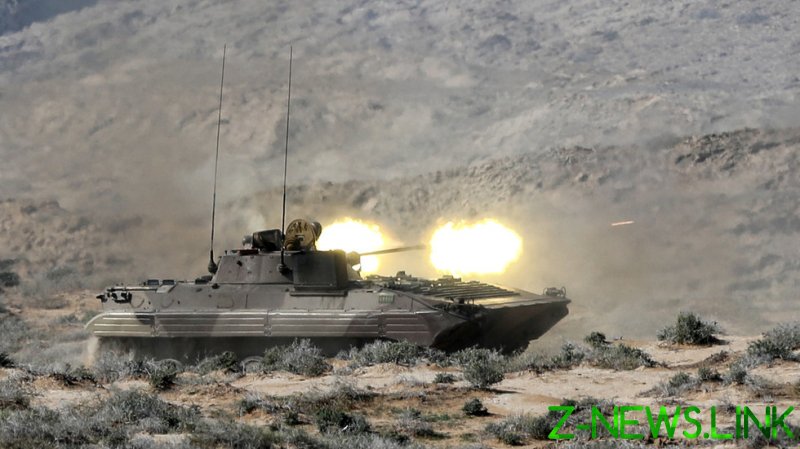 The brigadier added that the drills would improve the combat readiness of armed forces stationed in the region and suggested that they had been scheduled. Armored units, artillery and drones from the Army Ground Forces divisions were supported by helicopters from the Army Air Force.

Sharing photos of the exercises online, journalist Heshmat Alavi said the drills were some of the largest ever held by Tehran, noting growing tensions with neighboring Azerbaijan.

Footage shared on Thursday appears to show Iranian forces gathering in the region ahead of the planned drills.

While some officials have repeatedly suggested the drills are purely routine, others have hinted at worsening relations with Azeri neighbors and the presence of ‘Zionists’.

On Wednesday, Brigadier General Mohammad Pakpour, the commander of the Islamic Revolutionary Guards Corps Ground Force told reporters that Iran will not tolerate its neighbors becoming “a safe haven and a base for the presence and anti-security activities of the fake Zionist regime.”

Foreign Ministry spokesman Saeed Khatibzadeh also stated that Tehran would “not tolerate the presence of the Zionist regime near our borders.” The remarks are seemingly a reference to Azerbaijan’s ties with Israel.

In an interview with Turkish state news agency Anadolu on Monday, Azerbaijani President Ilham Aliyev said he was “surprised” by Iran’s planned exercises, noting that they were unprecedented in the past 30 years. “Why now? Why exactly on our border? These questions are being asked by the Azerbaijani public, not me,” Aliyev said.

Azerbaijan and Israel have enjoyed improving relations in recent decades, with the former supplying oil and the latter military equipment. While relations have been good for some years, it was particularly manifest last year as Azerbaijani forces used Israeli weaponry, with significant success, in a conflict with Armenia over Nagorno-Karabakh.

Recently, Tehran was seemingly angered by the arrest of two Iranian truck drivers as they transited an Azerbaijani border passage to Armenia.