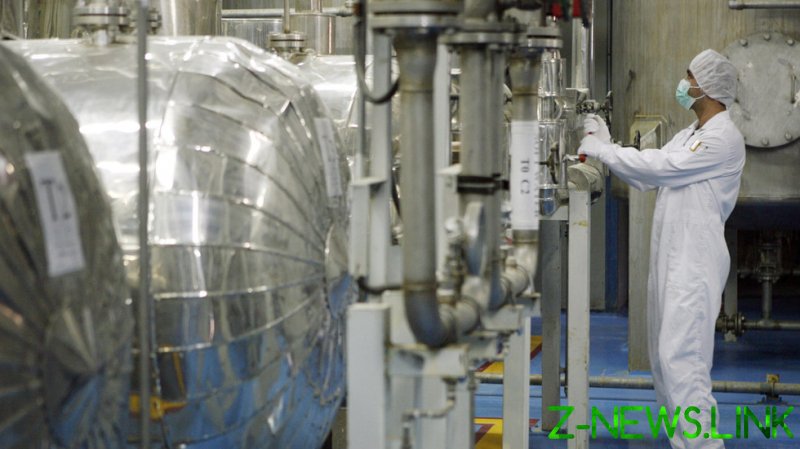 The two draft proposals were introduced on Thursday, a European diplomat confirmed, according to Reuters, presenting a potential way forward after previous rounds of talks resulted in a deadlock.

Iran delivered text on the “lifting of oppressive sanctions and nuclear issues” the country’s official news agency, INRA, said, without giving further details. One of the proposals is understood to focus on Tehran rolling back the measures it took to enrich uranium beyond the limits agreed in the 2015 deal after former US president Donald Trump abruptly abandoned the agreement three years ago.

Prior to handing over the list, Iran’s deputy foreign minister and chief nuclear negotiator, Ali Bagheri Kani, reiterated his nation’s top priority in any deal, telling reporters that the country wants “all sanctions to be lifted at once.”

Meanwhile, Foreign Minister Hossein Amir-Abdollahian tweeted on Thursday that a potential deal is now “within reach” if Western nations are prepared to show “good will” and engage in “rational, sober and result-orientated dialogue.”

Despite the optimism from Tehran’s side, US Secretary of State Antony Blinken told reporters on Thursday that Iran’s “recent moves” did not give “a lot of cause for optimism.”

In the previous rounds of negotiations, the EU claimed that between 70-80% of a draft agreement had been agreed, although Iran has argued that “elements in the previous unapproved draft” were “in conflict” with attempts to revive the nuclear deal.

The offer presented by Iran comes after the International Atomic Energy Agency (IAEA) warned that Tehran has now begun refining uranium up to 20% purity with one cluster of machines at a fuel enrichment plant.

The current round of talks is taking place in Vienna, Austria, where the IAEA is headquartered, with Bagheri meeting with the agency’s director general, Raphael Grossi to discuss progress between the relevant parties on Thursday.