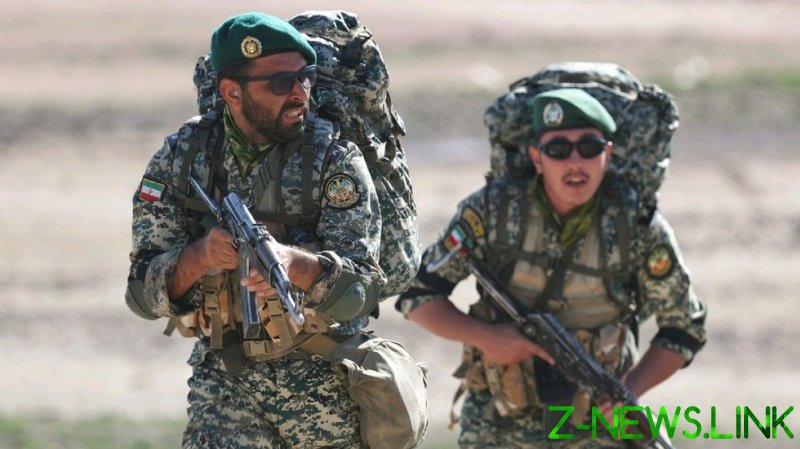 Speaking at a press conference in Moscow, Hossein Amir-Abdollahian said Iran wanted to have good relations with all its neighbors, but won’t hesitate to act accordingly, if a “certain nation” on its northern border doesn’t reciprocate this attitude.

The official, who was in the Russian capital to meet his counterpart, Sergey Lavrov, was referring to Azerbaijan, whose relations with Iran took a turn for the worse in September.

“We certainly will not tolerate geopolitical shifts or a change of the map on the Southern Caucasus. And we have serious concerns about the presence of terrorists and zionists in that region,” he said.

Last year, Azerbaijan fought a successful war with its neighbor Armenia and the forces of the breakaway Nagorno-Karabakh region.

Baku had retaken control of some of the territories that it lost during Nagorno-Karabakh’s 1990s war for independence, before the fighting ceased under a Russia-brokered peace deal.

Another Iranian grievance stems from a military exercise, which Azerbaijan held in mid-September on its soil together with Pakistan and Turkey, a nation that helped Azerbaijan build up its military for the war with Armenia. The drill was perceived as a threat by Iran, which responded with military maneuvers of its own, conducted last week near its northern border with Azerbaijan. Baku in turn took the Iranian actions as aggressive.

Adding fuel to the fire is Azerbaijan’s close ties with Iran’s arch-enemy Israel, which is a major supplier of military equipment to Azerbaijan. Tehran is concerned that Baku could give the Israelis or some other force access to its territory to launch hostile operations against Iran.

Asked to comment on Russia’s position on the brewing row, Lavrov said Moscow favored regional economic ties and diplomacy and had a cautious attitude to military build-ups. He expressed hopes that Baku and Tehran would be able to resolve their differences through a newly-proposed consultation mechanism dubbed 3+3, which would include the three Caucasus nations of Armenia, Azerbaijan and Georgia and its neighbors, Russia, Turkey and Iran.

“We are against an increase of military activity in the region. Against holding any military exercise of provocative nature,” the Russian minister said, stressing that Azerbaijan has concerns about Iranian maneuvers too.

He called on Tehran to ratify a 2018 Caspian Sea convention, which has a provision against giving a platform to third nations to launch acts of aggression against other member nations. Iran is the only of the five signatories that is yet to ratify the treaty.