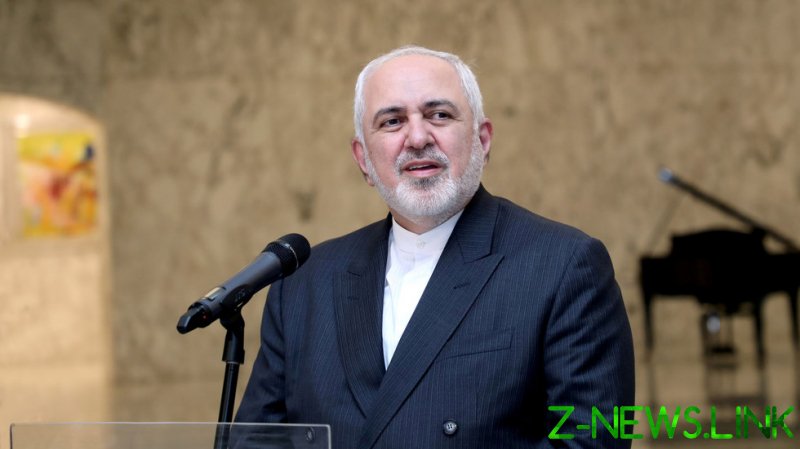 While not disputing their authenticity, a spokesperson said Foreign Minister Mohammad Javad Zarif’s comments on an audiotape leaked on Sunday had been taken out of context, adding that they were made during a classified conversation that was “illegally” published.

Clarifying at a press conference on Monday that selected segments of dialogue could not be taken to reflect the Islamic Republic’s official stance, Saeed Khatibzadeh pointed out that “what Zarif has said should be seen as a whole and not cherry-picked.”

The leaked recording “was by no means an interview from the beginning, nor was it supposed to be an interview… it was a part of a routine and confidential dialogue that takes place within the administration,” Khatibzadeh added.

The tape of a three-hour conversation in March between Zarif and a journalist named Saeed Leylaz, who is apparently close to President Hassan Rouhani’s administration, was not intended for publication – as the foreign minister reportedly reiterates multiple times during the chat.

“The Foreign Ministry had no role in selecting the interviewing team and operators and in keeping the files. We do not know who did this and why,” Khatibzadeh said.

Despite its classified nature, a copy was leaked to London-based Persian news channel Iran International TV, which first reported it on Sunday.

That report stated that Zarif said he has been forced to “sacrifice diplomacy for the IRGC’s operations,” referring to Iran’s influential Islamic Revolutionary Guard Corps, because of “interventions” by General Qassem Suleimani, the former commander of the Corps’ elite Quds Force, who was killed by a US airstrike in Baghdad in January 2020.

According to the Iran International report, Zarif said his ministry had favored a “Cold War strategy,” but was often overruled owing to Suleimani’s influence. The foreign minister said his own role in formulating Tehran’s foreign policy was “nil,” while President Rouhani was in the dark about the extent of Suleimani’s reach into diplomacy, the report states.

The report also states that the conversation revisited a number of prominent recent episodes, such as Iran’s military operations in Syria, the downing of Ukraine International Airlines Flight 752 and the since-discarded 2015 nuclear deal, where Zarif supposedly said he and Suleimani had been at odds.

The report also quotes Zarif as saying that the Iranian people preferred a military champion to a diplomat, reasoning that this was the cause of a 30 percentage-point drop in his popularity rating from 90% to 60%, while Suleimani’s ratings soared from 70% to 90% over unspecified time periods.

The channel also apparently shared the recording with the New York Times, which reported that it was part of an “oral history project” to document the work of the Rouhani administration. The paper also wondered what effect it would have on Zarif’s position and on reported ongoing talks about a new nuclear deal.

But Khatibzadeh on Monday downplayed any impact on those talks, noting that the “official outcome” would be announced by the Foreign Ministry, the foreign minister himself, or the president.

The spokesman had earlier questioned the motive for the leak, calling it “unethical politics.”

He had also said the leaked sections of the tape did not capture the full scope of the minister’s comments about his respect and admiration for Suleimani.

According to the NYT report, Zarif’s critics were calling for his resignation with former vice president Mohammad Ali Abtahi supposedly noting that the leak was “tantamount to Israel stealing the nuclear documents” from Iran.